The NSW Migration Heritage Centre at the Powerhouse Museum, Sydney is a NSW Government initiative supported by the Community Relations Commission for a Multicultural NSW. 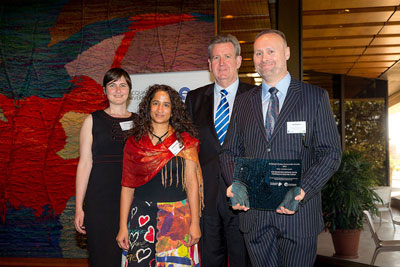 The Centre won the 2012 Building Inclusive Communities Award under the Government category. The Awards are a joint initiative of the Ethnic Communities’ Council of NSW and Macquarie University. They were presented by the Hon Barry O’Farrell MP, Premier of New South Wales on 6 September 2012 at New South Wales Parliament House.

The Awards are for current activities which have a long-term outlook and a track-record of making a positive contribution to the community.

The team thanks our 40 project partners, and the many communities and friends, it has worked with since 2004 who all share in the Award.

The Centre works with all communities across NSW to help them record their migration memories, heritage collections and places. Since 2004, communities have participated in shaping and researching over 40 heritage projects.  The Centre’s research, publications and exhibitions program is decentralised outside of the city of Sydney and produced in partnership with Local Government museums, galleries and libraries and community organisations. The joint and shared projects are later published and showcased for students and teachers in online exhibitions and books presented on the Centre’s website. 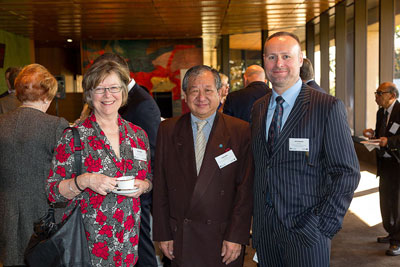