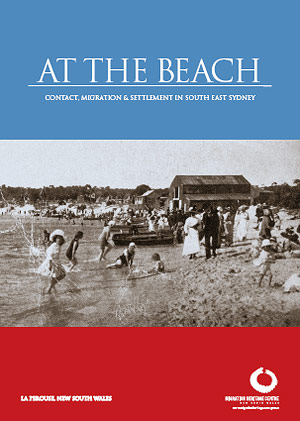 The booklet At The Beach: Contact, Migration & Settlement In South East Sydney was written by Stephen Thompson and published by the NSW Migration Heritage Centre with support from the NSW National Parks and Wildlife Service.

The La Perouse Museum is a property of the NSW National Parks And Wildlife Service, Department of Environment & Climate Change (NSW). It is located at the end of Anzac Parade, 14 km south of Sydney’s CBD.