Contributed by Dr Rosemary Suliman, College of Arts, Education and Social Sciences School of Humanities and Languages Bankstown Campus, University of Western Sydney. This story is based on an interview with a UWS student. The names have been changed, for confidentiality. 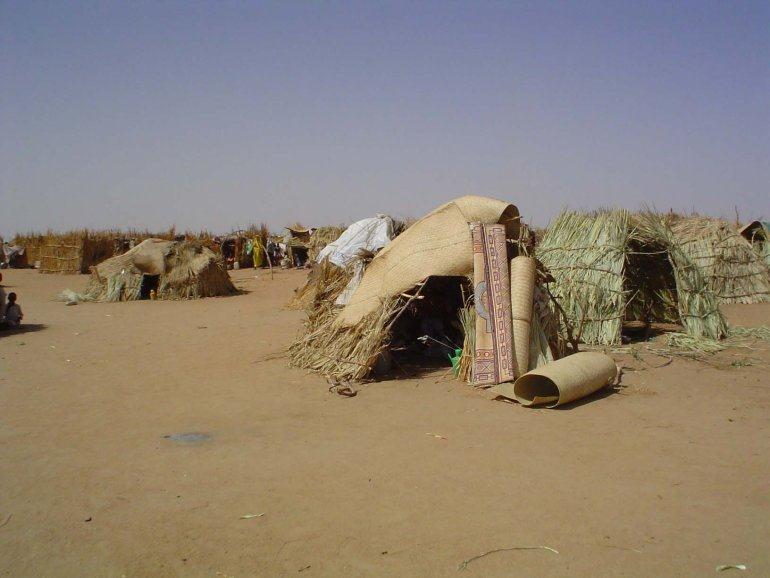 Sahar was born and raised in Iraq. She has no clear memories of the first Gulf War, or did not wish to discuss them, but the economic sanctions that followed affected her profoundly. She remembers persistent blackouts, and studying by candlelight so often it affected her eyesight. She remembers watching her parents struggle to cope with dire economic conditions, and her own struggle to focus on her studies in a house that was frequently without food. She studied anyway. When she was accepted to university, she didn’t go; instead, she and her family entered Jordan as refugees. When she came to Australia, she had to repeat years eleven and twelve – she now has two school certificates. Sahar is currently undertaking an engineering degree. She plans to do honours, and pursue a PhD.

In primary school everything was normal

remembers her early education with fondness. So much so that the memories are for her coupled with a feeling of loss. She says:

They were the good days… They were my childhood days. That’s why when I remember those days it hurts.

And there is a sense that this pain that Sahar feels in her longing for childhood, in the heartsick joy of remembering, is also a longing for stability.

In Primary School, she says, everything was normal.

When she’s asked “(w)hat are the things you remember from childhood?”, she doesn’t answer in terms of her home life, of friends or private memories. She doesn’t mention her siblings, her neighbourhood. Instead, she speaks of her experiences at school. She says:

I remember I was very good at school. The teacher used to give me a bracelet especially made for bright students. There was me and another girl. She gave her a pink bracelet and me a red one.

Yeah, they were the good days.

It’s a feeling that returns when she speaks about finishing secondary school. She says:

I finished all my education and I have a certificate.

To Sahar, the certificate matters. Discussing the fact that she had to repeat her final two years of secondary school in Australia, she doesn’t say “I have spent four years on those two grades”. She says:

I have two school certificates.

Her focus on tangible goals is evident in her early ambition. From a remarkably young age, Sahar thought about her future, her profession, as an attainable goal and worked to educate herself in order to achieve it. When she’s asked about her hopes at the time, she says, simply and clearly:

That she interprets the question in exclusively vocational terms is a testament to the clarity of purpose she felt in undertaking her education, even then.

And her reasons for her particular choice testify to the benevolence of her ambition. She says:

I like the job of doctors as they help and cure people.

But for Sahar, realizing her ambition was contingent on more than her own will and focus. She was subject to a broader set of circumstances:

“Do you think that if you had stayed in Iraq you would have become a doctor?”

No. Not after what happened there after I was in primary school. A war erupted.

The effects of the war and the attendant economic sanctions defined Sahar’s transition to secondary education:

After I started mid-school, the circumstances were worse. The electricity kept blacking out and my parents did not have the means to keep us at school. It was very hard.

It was a period marked by guilt, anxiety and pain.

When I used to get back home I used to hear my mother say (that) everything was expensive, and the issue of electricity was a huge problem. When it blacked out we couldn’t study. And we couldn’t see (well by) candle light… it affected our eye sight so it was really hard.

Education was free but I could not live at home knowing my parents couldn’t even afford to put food on the table, so I couldn’t think about my education… There was starvation everywhere.

But it seems that to Sahar, the words can’t and couldn’t don’t signify the impossibility of an achievement. For her they only signify the difficulty of a challenge that she in fact overcame. She says she could not live at home, couldn’t think about (her) education. But she did. She endured these things and continued her studies in spite of them.

It was very hard at the time but, thank God, I passed and continued my education…  I finished all my education and I have a certificate.

She sounds a bit defensive here. I have a certificate, she says, as if she might be asked to produce it as evidence. And that’s understandable, given what she went through to get it, and for how little it counted in the end. But perhaps she’s not defensive at all. Perhaps, again, she simply values the tangible reality of the certificate, the proof of her struggle, and her reward. And perhaps this matters most of all because of the sacrifices she, and indeed her whole family made in order for her to graduate:

My father wanted to leave (Iraq) from the beginning but he thought about us ‘cus we were still at school so he waited until I got my secondary school certificate.

I used to think about stopping my education. It was very hard. I witnessed very harsh circumstances when the war came and I saw how much my parents endured but they kept encouraging me to complete my education and get a certificate.

Sahar’s graduation didn’t immediately lead to the tertiary education for which she had worked so hard, and with such dedication. Once again, the events of her life would be subject to the vicissitudes of her national context:

“After you finished school, what did you do?”

I got accepted into uni but I didn’t go. We traveled to Jordan.

The circumstances were extremely hard so we decided to leave Iraq and go to Jordan.

Sahar’s description of her journey from her home in Iraq to the unfamiliar Jordan is surprisingly direct:

We got passports and traveled, she says.

But she’s also clearly sensitive to the context in which that journey took place, and the struggle it entailed:

It was a hard getting passports but there was still hope for people to leave.

Sahar and her family traveled to Jordan by car, becoming refugees along the way. Again, Sahar uses very direct language to describe what must have been a quite profound, even traumatic shift in her circumstances:

“Did you enter Jordan as refugees?”

In Jordan, Sahar’s family stayed in rented apartments and did not have to experience life in a refugee centre. Nevertheless, life in Jordan proved difficult for Sahar, despite her curiosity and sense of discovery:

We were happy to explore a new country but it was hard indeed.

She applied to come to Australia.

Sahar’s pursuit of a tertiary education was again put on hold when she arrived in Australia and found that the certificate she so valued was not sufficient for university entry:

When I first came to Australia, I thought I’ll present my secondary certificate for assessing, but I heard I will have to repeat… because the Australian system won’t accept it.

And perhaps unsurprisingly, given the more difficult circumstances of her first matriculation, she found it was easy for her:

Now I have two school certificates.

Sahar’s brother did an engineering degree in Iraq. Her cousin is an engineer. So it makes a sort of sense that, rather than pursuing her long held ambition of becoming a doctor, Sahar is studying to be an engineer.

I liked engineering. I don’t know why.

And, in what I suspect is typical Sahar fashion, she is at once temperate and resigned about her decision not to pursue a medical career.

“So you don’t regret not doing medicine?”

But there’s a sense that she would have found a way to succeed regardless of her field of study.

I pass all my courses and my grades are high… I get distinctions… I will be doing honours next year.

In the certainty with which she states these things, you can tell she still has her faith:

In order to do honours one’s GPA has to be five at least and mine is four point eight, but if God wills I will raise it to five.

It’s a facet of her unerring dedication that also emerges when she’s asked if she thinks she will find work in her field:

If God wills, it will be.

Sahar’s dedication to her studies is obviously deeply felt, so it’s not surprising that she identifies her parents as her chief supporters:

My mother and father were the two people who encouraged me the most.

Soon after she began her undergraduate degree, Sahar married, and found another source of support for her commitment to learning. Sahar’s husband works so that she can dedicate herself to studying. She says:

He wanted me to go on.

But she also carries a desire for learning within herself. Asked, “so education is essential in your family?”, she says:

Yeah, but I personally always wanted to study.

I will find a way to live in both countries

When Sahar is asked, “(w)hat do you consider to be the biggest obstacle on your road to success?”, she says.

But her fluency is obvious in her full response to the question. In fact one gets the sense that, if she struggles with the language, it is not because her English is bad, but because she possesses the modesty and the strict perfectionism that is shared by many non-native speakers:

I am not very competent, she says, using the word “competent”.

I believe she could.

It takes me a while to think about unfamiliar words, she says.

Her language is clear enough to deliver a remarkably positive message to other students of similar backgrounds. When she’s asked what advice she has for students in these circumstances, and “What… made (her) keep going and overcome all difficulties?”, she says:

Life itself. One should never surrender, no matter how many difficulties you encounter… there is always hope to go on…

When I came here I gained hope. I don’t know why (but) I felt life was beautiful… I kept thinking that there is still hope to go back home if the situation ameliorates – How’s that for fluency? “ameliorates” – I advise them to work hard and get an education because life could get better at home and they can go back one day.

Her answer reveals the strength of her aspirations and her faith. It shows her lasting respect for, and dedication to learning. But it also suggests a rift within her; between her adopted country and her country of birth. Nevertheless, as with so many things she has faced, Sahar sees this rift as surmountable, and approaches it with faith and optimism:

To be honest, I really love it here and I also love Iraq. I’ll find a way to live in both countries.

I’ll find a way to live in both countries.