A place for everyone 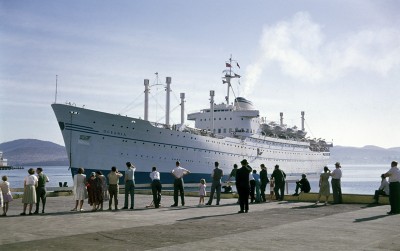 My memories of the migrant camp are … the stress of the adults, the millions of flies, the thousands of rabbits, the peppery sausages and the dining hall of B Block.
- Peter Goed

Between 1945 and 1965 more than two million migrants came to Australia. ‘Populate or perish’ was the catchcry, as the Australian Government embarked on an intensive international promotional campaign to encourage migration to Australia. Most were assisted where the government paid most of their fare to get to Australia. The campaign initially targeted the English with assistance schemes such as ‘Bring out a Briton’, but later it was expanded to provide assistance and reunion to other Europeans. 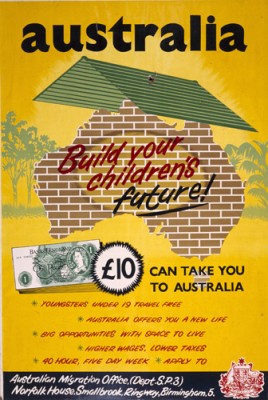