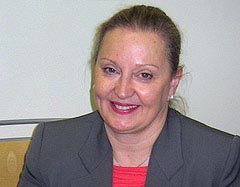 A flat in Ramsgate, Sydney

I was born in 1952 in a small town called Poggioreale in the province of Trapani, Sicily in Italy. The town itself was agricultural and my father was a builder but we were also landowners. My mother didn’t work, she just stayed home to look after her four children.

They were concerned that after the earthquake we would be forced to live in army tents.

In 1968 there was an earthquake that destroyed seven surrounding towns including ours. We lost the house and almost all the contents, but we could still live as we had some money. My mother had four brothers that had come here [ Australia ] before the war and they wanted to see their father who was living with us. They were concerned that after the earthquake we would be forced to live in army tents.

As passage was free, we were assured by immigration that in six months our English would be perfect and there would be no problem. So we decided to come [to Australia] upon the insistence from our uncles but just to see what it was like, always intending to return to Italy.

But as it happened the town wasn’t rebuilt for many, many years so people lived in tents and then in army barracks that America provided for close to 20 years. So it was good that we decided to come.

All the time that he was away, Dad was desperate for us to join him in Australia…

I was just 16 at the time of our departure in 1968 so for me it was an adventure. I got to see amazing places that I had only studied at school, for example the Acropolis in Greece. My passion as a child was ancient history so for me it very exciting and fun. There were a lot of activities on board. It was an Italian liner, Galileo Galilei, and the ship was filled with Italians migrating to Australia and some Greeks too.

When we arrived in Sydney, I got sight of the Opera House that was being built at Circular Quay. The Harbour Bridge, I already knew about as my uncles used to send me postcards featuring the Bridge. It all looked pleasant but strangely quiet. We were used to Palermo [ Sicily ], a bustling city. We really didn’t like it at first. At the end of our first day we went to see our unit that our uncles had organised for us. The flat was owned by a cousin and he let us have it for as long as we needed it. They filled it with furniture, linen, everything for the kitchen. We brought everything that we could salvage from the earthquake including an Egyptian cotton bedcover. My grandmother’s sewing machine was rescued; I’ve still got it now, it is about 90 years old. It still works really well.

The apartment was fine but it had laminex furniture and we had had very beautiful stuff….

The apartment was fine but it had laminex furniture and we had had very beautiful stuff [in Italy], we had had a beautiful house full of antiques. Now we had laminex. We appreciated what had been done for us but it was a shock. The earthquake was 14 January 1968 and we left three months after the earthquake; it’s funny, if it had happened today we would have had counselling to cope with the stress. But in those days they didn’t understand what stress meant. The next morning the reality hit; that we were in a strange country with strange people with different ideas, different language and we really didn’t like it.

Everyone worked it didn’t matter what age you were, you all had to work. My mother found that quite distressing…

I took a job before I started school. Everyone worked it didn’t matter what age you were, you all had to work. My mother found that quite distressing but my uncles explained that it was quite acceptable in this country. I was 16 and my sister was 15, it was too young. We had to wait for school because it was half way through the year so we went to night school twice a week to learn English. It was very helpful.

My father began working straight away at a factory making radiators and he stayed there until he retired. Within one year we had bought our first house in Hurstville, Sydney, a nice federation house where we settled in and started school. We had some money, we weren’t completely destitute, but a limited amount considering the circumstances.

But although we understood most of what was going on we flatly refused to answer back to them. That was our way of rebelling against what had happened to us…

Now that I think back, when we started school [ St Joseph 's College, Kogarah] that’s when it really hit us. We realised that we were really stressed. First of all we had done most of the work before as we had been placed in a class lower here than we had been in Italy. The teachers were very patient with us. But although we understood most of what was going on we flatly refused to answer back to them. That was our way of rebelling against what had happened to us. It was very frustrating for the teachers but we were refusing to speak English to them. We pretended to answer only ‘yes’ or ‘no’. They tried so hard those poor teachers.

When I finished school I went to a local business college and then I worked as a secretary at La Fiamma [Italian language newspaper] in Parramatta Road, Leichhardt. I met my husband Sam Restifa when he was 24, when we were doing some volunteer work with Co.As.It. in Bathurst Street, Sydney. I have to say that it was love at first sight. We were working with the young migrants mainly and we are proud to say that we set up the first Co.As.It. youth group.

You know, when I’m with Australians I feel really Italian. I’m different…

We have two children, Simon and Isabella. I became an Australian citizen about 10 years ago. You know, when I’m with Australians I feel really Italian. I’m different; in my heart I’m really Italian. I go back to my old town sometimes and it is brand new. They done a lovely job but it can’t compare to the old town.

Eventually my parents decided to go back and ended up dying in Italy some years later. I was married so I had to stay.

This bedcover was from my mother’s trousseau [glory box] when she was to marry. This would have been quite common for use on the bed in summer with just a sheet. It was quite tough, I remember jumping on it as kids, it was part of our upbringing. My parents died in Italy and when I went back I found it amongst her things and brought it back with me.

This Belongings record is part of a collaborative project between the Migration Heritage Centre and Co.As.It Italian Heritage.

Teresa Restifa with her bedcover