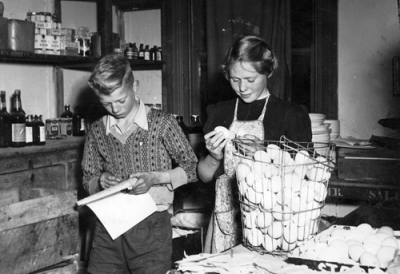 The children were subject to a harsh climate and hard physical work over long hours as the farm school depended on child labour to sustain itself. Many described their loneliness and isolation and the “…camaraderie that can arise when kids live together. It becomes your family.” (Dr Ronald Sinclair 2011). 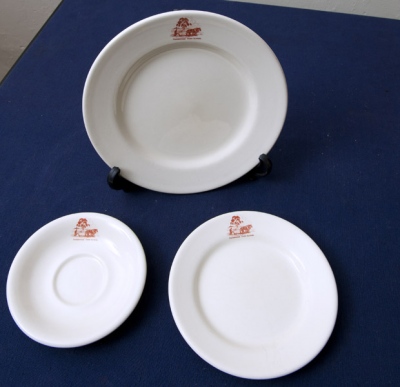 For some their first impressions of the school included the sight of the green gardens, rockery and vegetable plots, the smart hospital, fresh paint and clean looking buildings. Others arrived in the dark,cold from travelling in the train and the old truck which transported the children to Fairbridge.

Arrival at the farm saw the children allocated into cottages each managed by a cottage mother. This model was designed as an attempt to simulate a home environment. 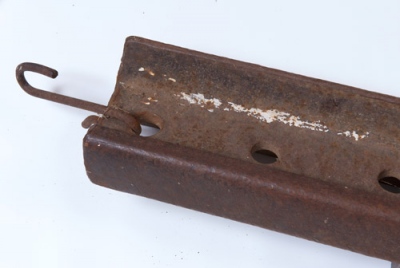 Old piece of railway line used as the Fairbridge Bell 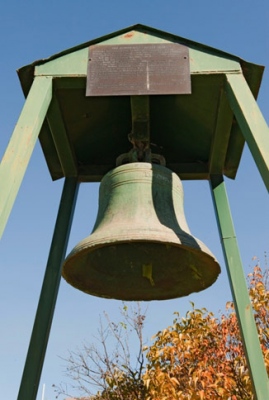 The Fairbridge Farm School Bell was a bronze bell from Woolloomooloo fish markets.

It was common for girls to perform domestic duties, and boys the farm chores. Children were woken by the school bell at 6am and queued for showers. Many chores started before daylight. The boys milked the cows and fed the pigs, the girls polished the dining hall floors, set tables and helped with the cooking.  At 7 am the bell rung again for breakfast which was usually porridge, milk, bread and honey.  Children ate the evening meal in their cottage.

Main duties performed by the girls included: raking paths, learning to sew and mend, serving guests, working at the school hospital, blackening stoves, weeding and washing. When the girls were older they learnt to fetch wood, stook hay and catch rabbits.

The younger boys collected wood chips for the heater early each morning, while the older boys brought in the 50 milking cows to the dairy at 3am and then again at 3pm, seven days a week. The boys undertook tasks such as: working in the dairy, piggery and poultry shed, butchering sheep, chopping wood, ploughing, harvesting, stooking hay, chaff cutting, shearing, feeding poddy calves, carpentry and metalwork and feeding the boiler with wood to maintain the hot water. The boys were allowed to undertake various jobs on farms in the Molong area for pocket money. The Fairbridge children also took part in rabbit drives on farms during the rabbit plagues.

The children first attended school at the Fairbridge Primary School, and then in later years at the Molong Central School, with a few attending Orange High School. 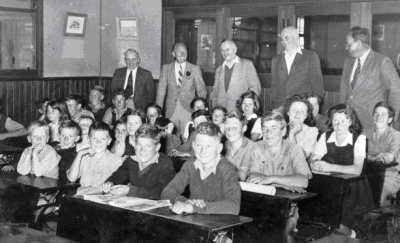 Sunday mornings were spent going to church in Molong, until Fairbridge constructed its own chapel in 1961.Sunday afternoons were free to swim in the Molong Creek or dam, go to the Molong pool or nearby Lake Canobolas and rabbiting. 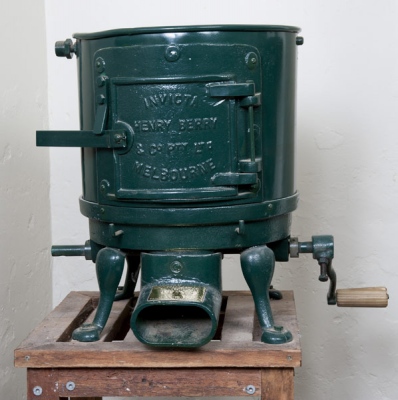 Peeling potatoes to feed the many Fairbridge children and staff was made easy with the purchase of ‘Spud the Potato Peeler’.