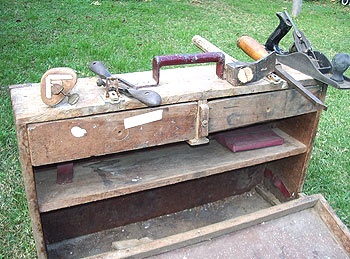 I grew up in the small village of Kato Tritos on the Greek island of Mytilini. I was a young child during World War 2 when the island was bombed.

… all the time I was in school I would look at the map of the world and see Australia and think ‘I’ve got to see this country’.

In 1964 when I was 24 years old I had the opportunity to migrate to Australia . The opportunity came up because there was a young Greek woman in Australia of the age to be married who was known to my family. Her family agreed to sponsor me to meet their daughter. Her family had moved to Australia a few years earlier and were becoming established there. Even though my family knew her family I had not really met her so this added to the adventure. Besides this I was keen to go to Australia because all the time I was in school I would look at the map of the world and see Australia and think ‘I’ve got to see this country’.

My [future] wife sent me the visa from Australia and paid for my ticket. It was a migration visa but it said I had to get married within three months of arriving there otherwise I had to go back to Greece . There was a lot of paperwork and the Australian Department of Immigration even wrote to the local priest in my village asking him to give a guarantee that I was not already married in Greece. They also did a police check to see if I was a criminal or a communist!

… I was thirsty for a job in Australia so I packed all my good cabinet making tools into the toolbox I had made for them.

I packed a suitcase of clothing and presents for my future wife’s family and jewelry for their daughter. I was thirsty for a job in Australia so I packed all my good cabinet making tools into the toolbox I had made for them. I took care to make my toolbox well because I thought that if I had a nice and well-made toolbox it would get me a job – easy!

I left Piera, Athens on an Italian ship, the Sydney , in July 1964. There were only 35 or 40 Greeks on the ship and the rest of the passengers were Italians. There were many more Italians than Greeks! Our first stop was Port Said in Egypt and then on to Aden and then through the Suez Canal and into the Indian Ocean. Things got a bit rough on the sea then and most of the passengers got sick.

… they bought us a t-bone steak and I thought, ‘Australia is good. Plenty of meat and plenty of cows!’.

The journey took 29 days and we arrived at our first stop in Australia – at Adelaide on 17 August 1964. A group of us went ashore and a couple of Australians took us to a pub. I didn’t have any Australian money and so didn’t buy a beer but one of the Australians shouted me one. After the pub we went to a restaurant and they bought us a t-bone steak and I thought, ‘Australia is good. Plenty of meat and plenty of cows!’.

Out next stop was Melbourne and then Sydney. We arrived at night and moored out in the harbour. I looked at the city lights and thought the city must be very nice. The next morning we docked and I was met by some of my cousins and my [future] wife’s family who took me back to their place in Kensington. We married 2 or 3 weeks after I arrived. Look, I felt that the visa condition that I get married was a bit tough. But then I saw my wife and saw that her family was a good family and I thought we could make our life here.

I got my first job with General Motors Holden on the factory line. I worked dawn to night time there for about four weeks. Then one night waiting at the bus stop I heard someone call my name from a car. It was my old friend Dimitri who had had a cabinetmaking shop next to mine in Mytilini. He thought I should be doing the work I was skilled at so he took me to see his boss. I got a job in a shop fit-out workshop in Botany and was paid about 28 pounds a week which went up to 40 pounds a week with the overtime I did.

My wife worked too and so we saved money and after two years we had enough to put a deposit on a house in Maloney St, Mascot. I raised my family in that house. Lisa was two year old and Vicky six weeks when we moved into that house – they grew up there, I made the beds for the children at the factory where I was working.

He was a good man, Jack Clarke. He was a millionaire but everyday he worked alongside me at the bench.

My next job was at JC Clarke, another cabinetmaking business. The boss looked at my toolbox and asked me if I had made it. He then asked me to get out my hammer and a nail and got me to demonstrate my skills – I punched the nail in in two goes and he was impressed. He was a good man, Jack Clarke. He was a millionaire but everyday he worked alongside me at the bench.

By this time we were living in our present house [in the Botany area]. When I packed up my tools at the factory at 5pm each day I returned home and did the renovations on our [current] house.

I worked at JC Clarke for four or five years until I hurt my back. Then I got a job at Kellogs doing process work. I also worked for myself in the shed out the back. I made kitchen cupboards and wardrobes. People seemed to like my work and I was cheap so that work grew and I started my own business.

In Australia every one is equal, I thought when I came – this is really a democracy.

I am glad I came to Australia . We Greeks made democracy in the ancient times but when I left in 1964 we didn’t have democracy – although the situation in Greece has improved since then. In Australia every one is equal, I thought when I came – this is really a democracy.

timber toolbox and carpentry tools
“I hand-made the toolbox and various work tools of mine including a chisel used to chip and fashion wood and a lathe to smooth and shave wood surfaces. I brought it over from Greece to help me find work.”