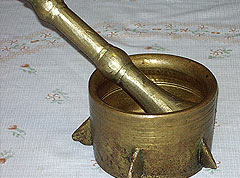 A relative’s home in Matraville, Sydney

My mother and father were both Maltese but lived in Alexandria , Egypt where I was born in 1939. During the Second World War my family moved to Cairo . My father was a ground engineer with the British airforce and saw service along the Suez Canal during the war. He continued to work for the airforce after the war ended.

…our journey on the P&O cruiser, the Otranto, was heaps of fun, the best thing I had done since I was born.

Being Maltese, my family were British subjects and so when Nasser came to power in 1952 we decided to leave Egypt. Nasser did not want British subjects living in Egypt. We left for Australia where my uncle was living, early in December 1953. I was 14 years old at the time and thought that our journey on the P&O cruiser, the Otranto, was heaps of fun, the best thing I had done since I was born. I can remember the elaborate way the dining tables were set out – it was like in the movies. Afternoon tea was served every day and it was unbelievable – piles of cakes, sandwiches and biscuits. It was such an adventure and my parents, brothers, sisters and I made many friends with other British migrants travelling to Australia and New Zealand.

…the brass pestle made a ringing sound as she ground them in the bowl – we knew she was at home all right when she mixed her spices!

My uncle told my parents that there was no Egyptian foods or ingredients and utensils here in Australia so my mum brought as much stuff as possible with her. That is why I still have the spice crusher – mum used to roast all her own spices and crush them in the brass crusher. I could always tell when she was mixing spices because the brass pestle made a ringing sound as she ground them in the bowl – we knew she was at home all right when she mixed her spices! We don’t use the spice crusher now but I have kept it because it holds those memories for me.

Dad brought the backgammon set with him. I think it was because it had meant a lot to him in his life in Egypt -he used to play all the time with friends in Egypt. They’d go to a café and have a Turkish coffee or ‘shisha’ and play backgammon which was called ‘tawla’, the word for table. He used to play backgammon with friends here in Australia too. He kept the set until he passed away and then I claimed it. Once again it has sentimental value – it is a part of my family and our history in Egypt and here.

The journey to Australia took about a month and we arrived at the Glebe Island dock on New Year’s Eve. My uncle took us to his home in Matraville where we had our first New Years celebration in Australia. I remember thinking Sydney must be paradise, it was so green and clean compared to Egypt which was dry and dusty.

Mum and Dad sent all of us kids out to work, except for my youngest sister who was only four. My first job was as a trainee engineman at the Eveleigh railyards. Dad got a job at ICI in Botany as a fitter. He stayed there until he retired at about 60 years old.

‘Aussie’ guys would pick a fight with you – call you names and that and you’d get into some fisticuffs.

At first I had very little English but I soon picked it up. It was a bit tough in those days migrants were seen as foreigners. ‘Aussie’ guys would pick a fight with you – call you names and that and you’d get into some fisticuffs. But as soon as the fight was over you’d be best of mates – it wasn’t really a hatred thing – it was more like teasing.

After about a month staying at my uncle’s place, our family moved to our new home on Perry Street in Matraville. My brothers, sisters and I all lived there until we married. I met my wife when she moved in next door to us in about 1956. My family had known her family in Egypt – but I hadn’t met her until they arrived in Australia . My mother had a bit to do with introducing us and encouraging us to get to know each other! We were not very impressed with each other at first but then we had a date – we went to the pictures in Kensington with my brother and his fiancé. That night we just clicked and we soon got engaged.

Just before I got married my mother insisted that I look for a different job, one that would allow me to spend more time home with my future wife, so I got a factory job as a machinist at Fibre Containers in Matraville where my brother worked. That was good for a while and then I felt I wanted to better myself a bit, so joined the Government’s printers and ended up in charge of the printing department. I worked there for about 20 years until just before they closed down. I was too young to retire and I knew the printing game pretty well by then so I started up my own printing business – under our house! Then I went into partnership with another man and the business expanded and now I still own the business but my sons look after the day to day running of the business. I had ambition and it came through for me.

heavy brass pestle and mortar
“The pestle is about 18 cm long and mortar about 14 cm diameter. They were brought to Australia by my mother on our migration journey. We thought there were no Egyptian utensils in Australia.”