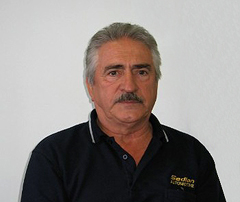 My name is Momchilo Sedlan but most people shorten it to Momch. I was born on 28 August 1944 in the town of Gracac in the province of Lika, a mountainous region of Croatia. Both my parents were Serbian. At that time, Serbia and Croatia, with other states such as Montenegro, Slovenia and Bosnia, made up the country of Yugoslavia.

I have no memory at all of World War Two as I was too young, but I do know that some of the children from Gracac had their hands blown off with grenades leftover from the war.

During the war, my father’s sympathies were anti-Communist and were in support of the exiled King Peter, who would become the last king of Yugoslavia. After the fall of the monarchy, Yugoslavia was divided into two main factions. The first was the Royal Yugoslav Army (Chetniks) led by Draza Mihailovic, and the Partisans led by the Communist Joseph Broz, who was later better known as President Tito. I was only two months old when my father left to fight with the Chetniks.

Yugoslavia endured a very tough time after the war. [My father] was not able to return to Croatia due to his support of the exiled king and eventually migrated to Australia. My mother and I remained in Croatia for our own safety.

…[my father] found himself in a prison camp. From there he made his way to Australia as a refugee in 1948.

My father had walked all the way to Rome. He was taken prisoner by the Italians and found himself in a prison camp. From there he made his way to Australia as a refugee in 1948. He had been treated very well by the Italians and it was because of their kindness that he was able to survive. In Australia he quickly found a job at Moruya on the south coast of NSW, where he eventually started his own business in cutting railway sleepers. His trade in Yugoslavia was that of a stonemason.

At Moruya my father did well. By 1954, he owned a couple of machines and also a couple of trucks. However in 1956, he had an accident and cut his foot badly. He returned to Sydney, where he had a contract with the NSW Railways, but later lost the contract. He purchased a three acre property in Brisbane Road in St Johns Park [in south-west Sydney].

In the meantime, my mother and I left Gracac in 1954 for Zagreb, the capital and largest city in Croatia. I went to school for about two years in Zagreb, where we lived with an aunt. We wanted to come to Australia to be reunited with my father, but as he had fought in the Serbian Army, the Communists would not allow us to leave at that time.

Finally my mother and I were allowed to leave Zagreb. [She] bought these shoes, hat and flute for me in 1958 so that I would have something to remind me of the country that I left.

These shoes are called opanak and sometimes [are] still worn in Serbia. They were typically worn by farmers or field workers who found them comfortable as they were made of leather and had no laces, and so could easily be removed. This hat is called the lika capa and was worn by both the Serbians and Croatians in their wars against the Turks. My flute is hand carved [and] is often called a kaval or whistle flute.

We travelled to Trieste in Italy and were on our way to Sydney. I had little feeling about leaving Yugoslavia and accepted our fate. We travelled to Sydney on the Italian ship Flamania and I remember that we ate lots of pasta. That is my main impression of the voyage. I am a very fussy eater so I did not enjoy the trip over to Australia because of the food.

We arrived in Sydney on 26 August 1958. I can remember disembarking near where the Opera House now stands and Dad was waiting for us there.

I felt so overawed that I even called him Mr Sedlan. I loved the fact that I finally had a father.

I had no memories of my father as I was a very small child when he left to fight in the war, so it was strange to meet the man for virtually the first time. I felt so overawed that I even called him Mr Sedlan. I loved the fact that I finally had a father. I have a lovely photograph of my father, mother and I, which was taken just a month after we arrived in Australia. It is especially important to me because I had not really known my father. 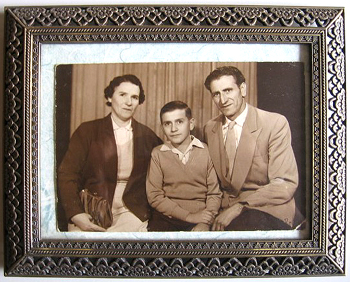 The house my father had in St Johns Park was just a fibro dwelling with a tin roof. It did at least have a wooden floor and was liveable, and in my eyes was much better than the conditions we had in Zagreb. The house had four rooms and a bathroom, but no-one would want to live in it nowadays. We had no sewerage at that time and that was not at all appealing. The night soil man came every week to take the full pan and replace it with a new empty one. The toilet house was of course out in the backyard.

…the [Anglo-Celtic] Australians called us ‘wogs.’ I did not like that at all. In the beginning I had fights…

My schooling in Australia consisted of two years at Cabramatta High School. I used to ride a bicycle there every day – it would have been four or five kilometres. There were many migrant children at Cabramatta High – Italians, Yugoslavs, English, Polish and a lot of Russians. The only thing that I did not like about school was that the [Anglo-Celtic] Australians called us ‘wogs.’ I did not like that at all. In the beginning I had fights about it, but then I came to accept it and ignored it. I found that to be the best way.

…I used to get up at 4am, water the tomatoes and then be on my bike by 7am to get to work…

Life here in the beginning was not easy. Mum and Dad grew vegetables for the markets and I used to get up at 4am, water the tomatoes and then be on my bike by 7am to get to work. It was a long day for me.

After I left school I started in motor repair. There was a Mobil service station at the corner of Cowpasture Road and Elizabeth Drive and I did my apprenticeship in the workshop behind it, working for a man named John Dunk. I worked there for about 10 years until I decided to leave in the 1970s. I wanted to get out on my own.

It was there at the service station that I met a gorgeous woman, Hilda Perau. Hilda’s father owned the service station out the front and Hilda used to work in it pumping fuel. She and her parents were also migrants. Her parents had originally come from Bosnia but were of French and German extraction.

Hilda didn’t want to serve petrol anymore and I wanted to start my own business, so we purchased a property…

We soon fell in love and were married in 1970 at the St George Serbian Orthodox Church in Cabramatta. Hilda didn’t want to serve petrol anymore and I wanted to start my own business, so we purchased a property on The Horsley Drive at Wetherill Park and I went into motor repair. There was an old house down the front and we demolished it and built our workshop. We had been living with my mother in St Johns Park at the time, but we decided to build our own home, also in St Johns Park.

…there was an old man named Mr Popovic who taught us to dance and sing and all that. We had no money in those days…

I also had some early involvement with the Serbian Club at Granville, where they had dances and concerts. In Cabramatta there was an old man named Mr Popovic who taught us to dance and sing and all that. We had no money in those days so we would hire the Civic Hall at Cabramatta and perform dramas and concerts. We used the money raised in this way to build the Serbian Orthodox Church.

The work was not just for the men. Some of those women were tougher than men and could swing a pick…

In the beginning we dug by hand but later I brought an excavator down there and dug out the footings for the building and the fences. That’s what we did. We worked hard at that place. The work was not just for the men. Some of those women were tougher than men and could swing a pick and use a shovel. They also provided food and drink for those working on the site.

…when the kids were small, we used to go [to Church] regularly. As they got older, I don’t go as much.

I used to be a trustee of the Serbian Orthodox Church but am no longer. In those days, when the kids were small, we used to go regularly. As they got older, I don’t go as much. A new generation [is] coming and I think that they have a different point of view in religious beliefs and want to see a difference.

I have seen many changes in Fairfield City since I arrived. We now have a huge industrial park and the other main change I see is that migrants are predominantly from South-East Asia.

I have never been back to Yugoslavia. If that place had been good to me then I would not have come here. I am here to stay and no-one steps on my toes here. My wife tried to hijack me into going home a couple of times but it just didn’t happen.

Lika capa (hat)
“My cap which was purchased in Gracac, Croatia is part of my Serbian heritage and therefore much valued.”

Kaval (whistle flute)
“My mother bought this for me when we left Croatia in 1958 so I would have something to remind me of the country I left.”

Opanak (shoes)
“These traditional Serbian shoes were purchased in Lika in Croatia and are important in knowing some of my heritage.”