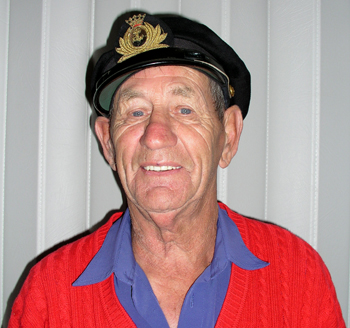 We bought our first home in Prune Street, Lavington, near Albury.

Mechanic at Bandiana army base, near Albury.

Security guard at Bandiana army base and Immigration Department interpreter in Canberra.

I was born into a family of five boys in Antwerp, the Flemish speaking part of Belgium, on 15 December 1927. I am 80 this year. I was the second youngest child and had a special bond with my father. My dad and I spoke French together – this helped me later on in life.

I come from a long line of maritime men. My grandfather was chief engineer on the mail ship between England and Belgium. My father was a ship’s officer in the Belgian Merchant Navy. My eldest brother, middle brother and me were in the navy.

When the air raids occurred and bombs started falling we would escape into the bomb shelter in our backyard.

The [Second World] war started when I was around 11 years old. I saw a lot of misery, we went hungry, often. If you didn’t make too many waves you could survive. When the air raids occurred and bombs started falling we would escape into the bomb shelter in our backyard. My parents and all the boys survived but my wife’s family lost loved ones.

During the war years, my eldest brother was in the Belgian Army and he was taken to a prisoner of war camp. Although my father was quite old he was still working when war broke out and his ship was torpedoed. I started as a cadet in the Belgian Merchant Navy when I was 16 years old.

…at wartime [the Merchant Navy] act nearly the same as the Royal Navy. We transported troops and weapons.

The Merchant Navy is all about carrying cargo and merchandise. In peacetime the Merchant Navy operates normally, but at wartime we act nearly the same as the Royal Navy. We transported troops and weapons. There were more casualties in the Belgian Merchant Navy than Belgian Royal Navy!

I travelled the world with my job. I was in the Merchant Navy for over ten years and was on maybe 12 different ships. I still have one cap – it is navy blue with a black screen. The gold emblem on the front of the cap has the crown, an anchor and rope entwined around the anchor. Normally a cap would have the name of the company or ship you were sailing on, but this one doesn’t so I kept it as a keepsake. 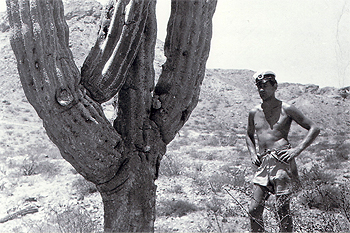 I saw these two ladies and one took my eye. I asked for a dance and she said, “Why not?”

When I was home in Antwerp on holidays I met my wife, Irene. I was out with my brother for the Saturday dance and a glass of beer. I saw these two ladies and one took my eye. I asked for a dance and she said, “Why not?” I told Irene I was back home on holidays, that I had been to Australia and someday would like to immigrate there. She did not believe I had been there!

My ship went to South America. I was away for nine months but we kept writing letters. When I returned home she was waiting for me on the pier side. We got serious and married. We set up a home in Antwerp and I left the navy to take a job where I could be closer to Irene. I became a cracking operator, refining crude oil into petrol, but it wasn’t a very healthy job.

Not long after we were married Irene and I bought an antique, wooden, wall mounted clock from Belgium. Irene really wanted it and had to have it. It is called a Zaanse clock, from the town of Zaandam in Holland. The clock shows the moon, sun and all the times of the year. It has two weights that suspend from the clock and chimes when it is wound up and running.

During my travels as a sailor I loved Australia. Irene and I wanted to leave Europe, make a fresh start…

I migrated to Australia in 1967 with my wife Irene and son Peter who was three years old. Pia, my daughter, was born in Australia two years later. During my travels as a sailor I loved Australia. Irene and I wanted to leave Europe, make a fresh start and I suggested Australia. We had a little bit of money behind us and I knew it would all work out. I think we made the best decision.

We had to go through the works to migrate to Australia: medical examinations, paperwork, exams – it took ages. Everyone was very good to us, it was simply a very long process.

It took us six weeks to travel across to Fremantle. The food was good, the entertainment great and there were all different nationalities…

We came out on the assisted scheme. We embarked from Rotterdam in Holland on 9 March 1967 and travelled across on the MS Aurelia. For me the journey was a treat because I did not have to work on the ship. However for Irene it was not so good – she was terribly seasick. They separated the men and the women and children on the Aurelia and Irene found this hard. It took us six weeks to travel across to Fremantle. The food was good, the entertainment great and there were all different nationalities aboard the ship: English, Dutch, French, Belgians, all nationalities.

On the ship I acted as interpreter for some of the people immigrating because they were not as familiar with English. I can speak English, Dutch, French, German, Scandinavian and a bit of Spanish. I had a gift for languages, most of my language skills are self taught from travelling around the world. I felt a bit sorry for the people who did not learn English; you need to do things for yourself. I did some translating for some French-speaking people and mentioned, “It is not going to be easy when we get to Australia because you do not know the language”. They said, “Oh, that will come”.

I was asked to look after 15 people who could not speak English well, carry their passports and act as a translator.

Finally, we disembarked in Melbourne. Before we left for Albury by train, our immigration papers were processed and I was asked to look after 15 people who could not speak English well, carry their passports and act as a translator. I never had much rest as they all had so many questions.

We arrived at Albury and were taken by bus to Bonegilla. It was late, nearly 10pm at night. Everyone was a little tired and anxious. We presented ourselves to the personnel manager in charge and were issued with a couple of blankets, cutlery and a cot for our son and then we were taken to our hut.

We bought our first home in Prune Street, Lavington, a northern suburb of Albury, with our hard earned savings.

There were a few rowdy people near our hut and this made Irene a little nervous, she wanted to leave Bonegilla. I wanted to support Irene; she had taken a big risk coming to Australia and leaving all her family behind. I made a promise to myself and my wife that we would not stay in Bonegilla for more than one week. We left after exactly seven days and I was true to my word. We bought our first home in Prune Street, Lavington, a northern suburb of Albury, with our hard earned savings. It was a weatherboard house. We had a quarter acre block so there was room for a large garden. I was able to plant a small orchard – this is one of the first things we did. The neighbours were great to us, very friendly and welcoming.

Three days after buying our first home in Australia, I got my first job at the Bandiana army base as a motor mechanic and fitter. I brought a little car, a Ford Prefect, to get to work and home. We easily got into a routine; working, family life, it all fell into place. Sometimes I did some extra work as an interpreter for the Federal Government’s Immigration Department, but this got to be a bit too much what with full-time work and the family as well.

The kids grew up and went to school. Towards the end of my working life I changed jobs to work on security. I wanted a change, I wanted to be outdoors.

Irene and I felt safe here. I would rather think of the beautiful moments than remember the misery of war.

I have always decided to make the best of it, enjoy life and hope that we continue to have the quality of life that we have in Australia. People feel safe here. Irene and I felt safe here. I would rather think of the beautiful moments than remember the misery of war.

I feel fortunate because I have travelled a lot. People who have travelled a lot – not everyone has the chance nowadays – it gives them a broader view and when you mix with different people it makes you understand them better. We can’t always continue to travel as we have a family and responsibilities, but it does give you a special viewpoint.

Zaanse clock
“It is from the town of Zaandam in Holland and my wife Irene really wanted it. The clock shows the moon, sun and all the times of the year.”

Belgian Merchant Navy cap
“There is a great maritime tradition in my family and I still have one cap. Normally [it] would have the name of the company or ship you were sailing on, but this one doesn’t so I kept it as a keepsake. I travelled the world with my job [and] I feel fortunate because it does give you a special viewpoint.”