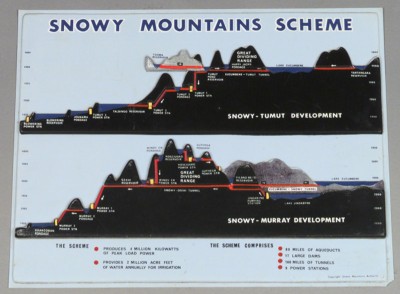 The building of the Snowy Mountains Hydro-Electric Scheme was a pivotal event in Australia’s history. Not only did it create one of the engineering wonders of the modern world, it also laid the foundations of a uniquely multicultural modern nation.

Between 1945 and 1965 more than two million migrants came to Australia. ‘Populate or perish’ became the catchcry, as the Australian Government embarked on an intensive international promotional campaign to encourage migration to Australia. Most were assisted where the government paid most of their fare to get to Australia. The campaign initially targeted Britons with schemes such as ‘Bring out a Briton’, but later it was expanded to provide assistance and reunion schemes to other Europeans. 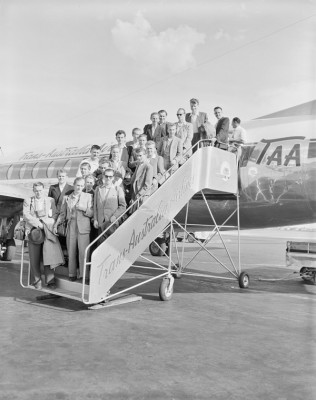 These migrants flew from Hamburg, Germany, under the assisted passage scheme sponsored by the Inter-governmental Committee for European Migration. Courtesy National Archives of Australia.