Football plays a vital role in assisting migrants to settle in Australian society and reconnect with people from their former homelands. Football United recognises the importance of football as a universal language and helps young refugees become a part of their new communities. More than 600 school-aged kids participate in Football United programs in western Sydney. 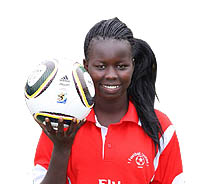 “The main thing is that we all come from different backgrounds and we have respect for each other. And we work together to help people that need it.”

Many of these kids have had shattered lives and come from a past of horror and trauma. The ‘world game’ takes them on a journey of discovery about their football skills, sense of self-worth and the realisation there is a place for them within Australia. 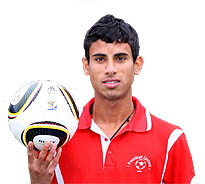 “I love soccer and want to make sure we win for Australia.”

During the final week of the 2010 FIFA World Cup, another official tournament is taking place in South Africa. The Football for Hope Festival will bring together 32 teams across the globe to play football and promote intercultural exchange. Grassroots organisations that use football for positive social change have been invited to participate. Football United is sending a squad of eight of their teenage boys and girls to represent Australia. 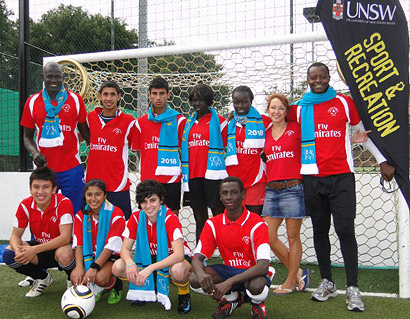 The Ultimate Goal is a collaboration between the NSW Migration Heritage Centre, Powerhouse Museum and Football United.