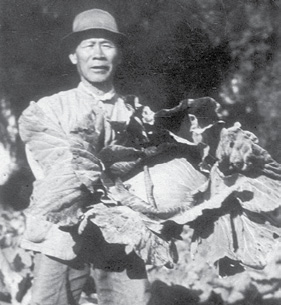 The discovery of gold in NSW from the early 1850s saw a huge influx of migrants in search of instant wealth. The primary result of the gold rush was that the economy boomed and, for a short time, gold outstripped wool as the Colony’s primary export.Many of the people who came in search of gold were Chinese men. Drawn from their home villages (mainly in Kwangtung) by the first gold rushes in Victoria, California and NSW in the 1850s, they usually arrived in organised groups of 30 to100 men. In 1861 there were about 13,000 Chinese in NSW with the majority (12,200) on the goldfields. Throughout the 19th century, Chinese arrivals continued to seek work in the gold mining regions of NSW, replacing those who had returned home or left for opportunities elsewhere. The growing numbers of Chinese miners working the gold fields increased tension between the Chinese and Europeans that manifested itself in incidents such as the Lambing Flat riots near Young, NSW in 1860. 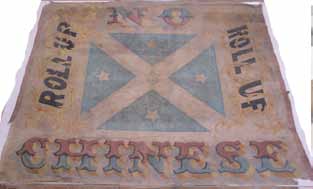 After the gold rushes many Chinese labourers came in search of farming and agricultural work. By the end of the 19thcentury it was only in cabinet-making that Chinese workers were in serious competition with European workers. From the 1880s to the 1930s Chinese market gardeners dominated the production and distribution of vegetables in NSW. Fishing, banana plantations and tobacco growing were other areas employing large numbers of Chinese.

In the towns and cities, many European migrants sought jobs in new industries and new suburbs expanded across Sydney. Services like water, sewerage and transportation were slow to be introduced and public health issues became a problem. Women who came to Australia to work as domestic servants found that their pay and the employer’s attitudes were not good and that better wages were on offer in food and textile factories. Migrants skilled in mining, steel milling and maritime trades were targeted with promises of better conditions and pay. During the 1870s and 1880s the economy was booming, but in 1892 a severe drought lasting four years crippled the economy, resulting in widespread unemployment, poverty and industrial strikes. Chinese market gardeners saved the health of working people by growing enough fruit and vegetables providing an affordable and accessible source of healthy food for everyone.

Chinese market gardeners brought skills and knowledge from China as well as adopting and adapting local practices. Their labour intensive methods of farming, ability to manage and organise their own workforce in providing local markets with local produce became distinctive features of the Chinese market gardens across NSW.

The gardens tended to be worked by between five and ten men who formed informal partnerships. They leased the land and often lived on or near the market gardens. Their cooperative ways of working meant that partners could be replaced when one of them wanted to visit or return to China. Most Chinese men had left families behind in China.

Commitments such as land ownership or capital investment were not important as many came to earn money to take back to their families in China.