A Changing Landscape and a People Return 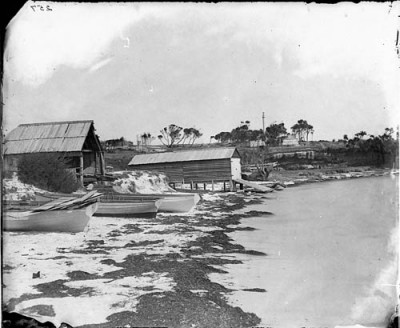 Throughout the 19th century changes to the Botany Bay landscape related mainly to the construction of memorials such as Lapérouse Monument and Father Reçeveur’s Grave, forts such as Bare Island and the Macquarie Watchtower, and buildings such as the Cable Station.

In early 1876 the laying of a submarine telegraph cable between Australia and New Zealand was completed by the Eastern Extension Australasia and China Telegraph Company Ltd. The cable came ashore at Frenchmans Beach and telecommunications commenced on 21st February 1876.

One of the marvels of the mid 19th century was the electric telegraph, an invention which dramatically changed the nature of communications through out the world.
‘Gentlemen of the Cable Service: A pictorial history of Australia’s overseas cable telecommunications service, 1870- 1934’. O.T.C. date unknown 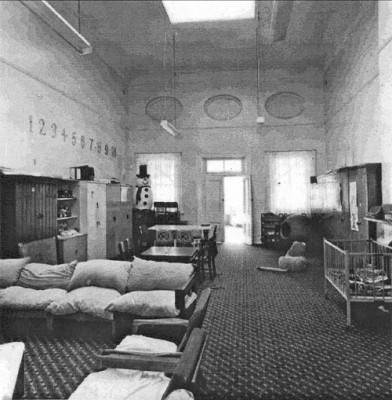 In 1917 the company moved the entire cable landing site to Bondi Beach and closed the La Perouse Cable Station. The building became nurses’ accommodation for the Coast Hospital. In 1944 it became a women’s refuge run by the Salvation Army. Until the late 1970s, this was the only such refuge in Sydney, with many women and their children finding refuge from violent marriages, misfortune and poverty. The refuge remained until 1987 when the building was refurbished to house the Lapérouse Museum.

During the 19th century the vast majority of the Sydney Aboriginal communities were forced off their land out into regional areas, including the South Coast of NSW. But as the South Coast was subdivided for dairy farming from the 1870s, these Aboriginal communities were again landless and began to drift back to Sydney or up the North Coast. Several locations in Sydney including La Perouse and Blacktown became informal refuges. The refuge at La Perouse was known by government officials as the ‘blacks camp’.

In 1885 a small Anglican mission was established at La Perouse. In addition to providing food, shelter and basic education, the mission also provided religious instruction.

Whether the work has been that of directly ministering to the people, or of organising the many ramifications of the Mission, the one aim (the evangelisation of the perishing people) is ever kept in view.
The NSW Aboriginal Advocate, 1901.

In 1895 seven acres were gazetted by the NSW Government as a ‘Reserve for the use of Aborigines’ at La Perouse. The NSW Protection Board’s decision was partly prompted by the desire of local Aboriginal people to protect their homes and lifestyle from the encroachment of commercialism and missionaries. 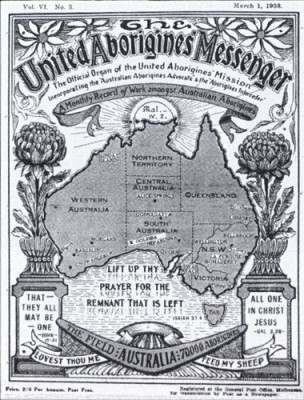 From 1883 to 1969, thousands of Aboriginal children were taken from their families by the NSW Protection Board and put into Training Homes or placed with European foster families. These children are now referred to as the ‘stolen generations’. On 12 October 1928, a Training School with accommodation for about 50 girls was established at Yarra Bay. The school was based on the State domestic science curriculum and emphasis was on training girls for work as domestic servants.

Through the 1950s and 1960s Aboriginal children from the country towns of Brewarrina, Walgett, Bourke and Moree came to La Perouse for a summer camp. A lot of the children had never had a holiday or seen the sea.