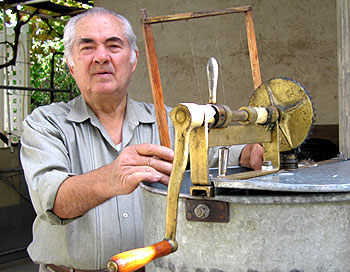 Builder, Water Board employee and concreter in Broken Hill

I was born in Aetorrahi, Greece on 30 January 1927. I had bad luck; I lost my parents, Spyros and Eleni Fragonasopoulos, when I was seven and was brought up by my grandparents, George and Vasiliki Diamantes. 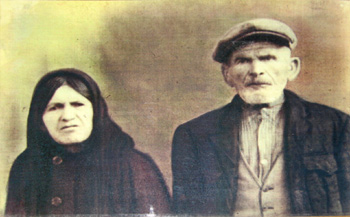 …I was 13 years old. Then civil war breaks up Greece. Hundreds of thousands of people killed…

The [Second World] war started and I was 13 years old. Then civil war breaks up Greece. Hundreds of thousands of people killed those days, I remember all that. I served in the Korean War in 1950 [and] came back to Greece in 1951. There was not much work available [in] those days and young people like myself tried to leave to find work somewhere. Others went to America and Canada. Many of us come to this country.

I came to Broken Hill because my uncle and aunty, Jim and Vasiliki Diamantes, were here and I wanted to meet them [and] their children, George, Kosmas, Eva and Peter. I had never met them before, my uncle came here in 1923. From Greece he went to Alexandria, Egypt. He worked there for two years and then he learned there’s plenty of work in Australia and sailed to Port Melbourne. He worked there for another two years and eventually other people told him that there is plentiful work at the mines in Broken Hill. He used to work at the North Mine.

That’s why I came here to see him and my cousins and here I am 50 years [later]. I brought only my suitcase [with] clothing and a couple of photographs. I have a photo up here of when I was in the army, in Greece, when I came back from Korea. 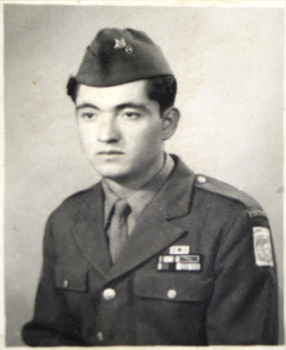 I sailed from Piraeus, a port near Athens, on a Greek ship called Cyrinia on 14 February 1955. [There were] rough seas from Fremantle to Melbourne, terribly rough, oh I remember that. There were about 800 Greeks on board. We were assisted by the Australian Government and most settled in Victoria or Sydney.

The Government sent me to the steelworks at Port Kembla. I worked for a week in the spun-pipe section…

I stayed in a place called Bonegilla, about 300kms from Melbourne. They put us in the camp and I was there for 18 days. The Government sent me to the steelworks at Port Kembla. I worked for a week in the spun-pipe section that produced big cast iron pipes.

In the meantime, I wrote a letter to my uncle, letting him know I wanted to come to Broken Hill. He replied in his letter that he wouldn’t be able to come to get me because he was working but he would try to do something about it. Eventually, my cousin George, at the age of 17, came down by train to Sydney. He boarded another train from Sydney to Port Kembla and walked from the station to the steelworks to see me. Someone called me to the gate. So I went there and George said [he'd] come to take [me] to Broken Hill.

Although I’d been working, I hadn’t been paid. That was the rule. You had to work three weeks, get paid two and one week’s pay is held by the company. “Doesn’t matter”, [George] said, “get your things. We’ll go to the office and I’ll explain to them”. So that’s what happened and the company agreed to let me go.

…all of a sudden it became dark. It was an enormous dust storm that covered the sun.

I thought I had come to a desert when I first arrived; there was a lot of dust. Years later there was a very big dust storm. I was inside my house and all of a sudden it became dark. It was an enormous dust storm that covered the sun. I’ll never forget that. Gradually people planted trees and shrubs and that cut the dust down a lot. It made a lot of difference.

I stayed with my aunty and uncle when I first arrived and got a job with a contractor. He was a hard man to work for. I did various jobs in town: plastering, concreting, brickwork, cement verandahs. I was paid very little, about £12 a fortnight.

After about seven months, I asked the contractor to raise my pay and he said later on [he would]. Later on never came. Another five months went by and I asked him again and he said one day [he would]. It never happened. The third time I asked for a raise, he rejected it all together. So I left him and went to the Water Board. I worked [there] for two years before [I was laid] off because the Water Board was short of money.

A lot of migrants worked for the Water Board because most were unskilled; they were labourers, using a pick and shovel or laying sewerage pipes. There were very few ‘Australians’.

I had no intention of staying permanently but I’m still here after 50 years.

When I left the Water Board I started working on my own; a little bit of carpentry, plastering and concrete work. I decided then to stay here for a little while, perhaps five or ten years. I had no intention of staying permanently but I’m still here after 50 years. Well, that’s the way it is; once you come to this country it is very difficult to get away.

I had a pushbike for going to work. I made arrangements with someone to cart my tools and materials around on a utility or on the trailer because I had a concrete mixer, planks, and scaffolding for my concrete work and fencing. I never owned a car and I gave the pushbike away about 20 years ago. Now I walk everywhere.

…I went to English classes two nights a week. This was a most important time for me.

When I arrived in Australia I knew a few English words from the Korean War [when] I mixed with English, American and Australian people. I needed to learn a lot more so I went to English classes two nights a week. This was a most important time for me. My teacher was Mr Pat Hackett. He was a very good teacher and a gentleman. It was very difficult because in the English language, different letters produce different words [to Greek].

Sometimes people treated us badly; it depended on the character of the person…

Sometimes people treated us badly; it depended on the character of the person. Some people had a good character but others, they never thought of migrants. They only thought of themselves and treated us very bad. They called us different names I don’t want to mention.

Socially, I mixed with the Greek community mainly because there were a lot of Greeks here at that time, but at work there were various other nationalities – Italians, Maltese, Yugoslavs and a few Germans – it was truly multinational here.

I bought a block with a terrible, old house in 1959, and I thought maybe I fix it…

I did go to the Greek Club now and again; not very often because what little spare time I had, I worked on my house. I bought a block with a terrible, old house in 1959, and I thought maybe I fix it and live in it. It was in bad condition so I decided to pull it down and build a new one.

I built the house from the ground up and cut about 45,000 cement bricks myself; then I built the house bit by bit. I still have the machine in the shed. I couldn’t afford to put the roof on for about three or four years. In the meantime I stayed at my uncle’s place. He had a room at the back like a separate, self-contained flat.

I saved the money, bought the material and put the roof on and finished the roof and the inside of the house.

Eventually, bit by bit, I saved the money, bought the material and put the roof on and finished the roof and the inside of the house. I did it all myself. I made another 4,000 cement bricks and built a garage. I moved in in the early 1970s but even now it hasn’t finished! Unfortunately I now have a pacemaker which doesn’t permit me to do welding anymore. 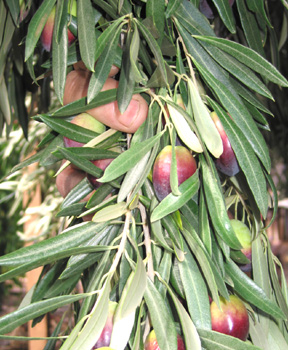 I put a lot of work in the garden because when I bought the block it only had trees and nothing else. So I cut them down and planted vines, a few stone trees, a fig tree, an olive tree and a few others. I still have a vegetable garden every year [and] supply myself. I also make wine every year. 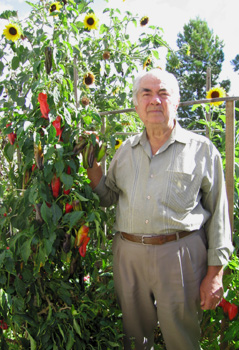 I keep bees as well. I used to make boxes in hives back in Greece and then in 1962 I started having my own bees and made my own honey. Bit by bit I make the boxes, the equipment, the frames and everything else. I use honey every day in my coffee or tea and on my toast and sell some to various people.

I will return to Greece in the future. I don’t know when this future will come.

I went back to Greece a couple of times; in 1985 and 1994. I stayed both times for about five months. I am happy here, after all I’ve been here for 50 years. I will return to Greece in the future. I don’t know when this future will come, but eventually I will. That was my intention in the beginning.

brick-making machine
“I bought a block in 1959 to build the house. I cut about 45,000 cement bricks myself, then built the house bit by bit. I moved in in the early 1970s but even now it hasn’t finished!”

honey extractor
“I made it all myself; I tinted everything and made the frames and everything else.”

honey-making equipment
“I used to make hive boxes in Greece and have been keeping bees since 1962. I use honey every day in my coffee or tea and on my toast and sell some.”