After World War Two, Europe was devastated and in chaos. Germany was crushed and the map of Europe was being carved up by the United States and the Soviet Union. Western Europe was supported by the U.S. In the 1950s Eastern European States were invaded by the Soviet Union creating the stand off of the Cold War. The first major post-war wave of migration started with displaced persons, who had fled their countries devastated by war, dislocation and the re-drawing of national borders. 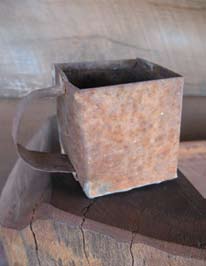 Between 1945 and 1965 more than two million migrants came to Australia. ‘Populate or Perish’ became the catch cry, as the Australian Government embarked on an intensive international promotional campaign to encourage migration to Australia.

Between 1947 and 1953, the Government assisted over 170,000 displaced persons to migrate by paying a large percentage of the passage. Initially, Britons were targeted with schemes such as ‘Bring out a Briton’, and then expanded to provide assistance and reunion schemes to other Europeans.

In return, migrants had to stay in Australia for at least two years and work in whatever jobs the Government gave them. Skilled migrants found it hard to find work to suit their training and qualifications and had to accept what work was available. Some found work in factories; others did the hard and dirty jobs in heavy industry. All migrants, especially those who did not speak English fluently, experienced prejudice of one kind or another.

Thousands of migrants worked on the Snowy Mountains Hydroelectric Scheme that commenced in 1949 in southern NSW. Dams, power stations and tunnels were built so that the water from the Snowy River could be used to provide power and irrigation. Workers lived in camps and in newly built towns like Cabramurra, doing hard and dangerous work. Many were killed on the job.

The origins of ‘New Australians’ had changed by the 1960s when British migrants only made up half of the intake. This second wave of post-war immigration in the 1950s and 1960s consisted of those seeking employment and better living conditions from Italy, Greece, Malta and Croatia. A number of them spent their first months living in migrant hostels while they tried to find themselves a home. The chance to ‘be their own boss’ made opal mining appealing.

Migrants brought their traditions – viticulture, recipes, celebrations, clothing and fashion, farming and mining practices – which enriched and diversified Australia. However, traditions of patriarchal dominance are sometimes at odds with efforts to achieve equality for women, and Lightning Ridge is a microcosm of this conflict. Many migrant women rise to the challenges of hardship and deprivation and break through northern hemisphere gender stereotypes. Their resilience and strength has been integral to the opal mining lifestyle, which is no longer a ‘man’s game’ only.