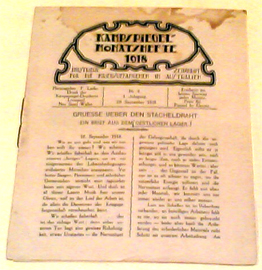 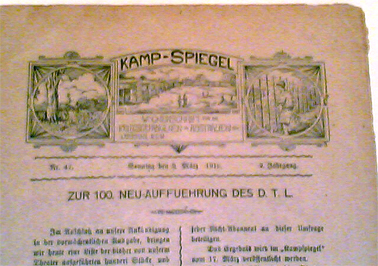 Object/Collection Description
The Collection is associated with the Holsworthy German Internment Camp at Liverpool. It consists of medals, militaria, archaeological material, archives and original photographs. Objects are metal, wood and paper. The Collection is in fair to good condition. 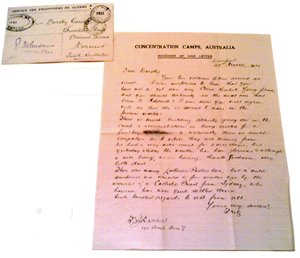 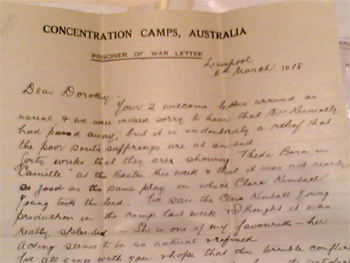 The outbreak of fighting in Europe in August 1914 immediately brought Australia into the Great War. Within one week of the declaration of war all German subjects in Australia were declared ‘enemy aliens’ and were required to report and notify the Government of their address. In February 1915 enemy aliens were interned either voluntarily or on an enforced basis. In New South Wales the principal place of internment was the Holsworthy Military Camp where between 6,000 and 7,000 men were detained. Women and children of German and Austrian descent detained by the British in Asia were interned at Bourke and later Molonglo near Canberra. Former jails were also used. Men were interned at Berrima Gaol (constructed 1840s) and Trial Bay Gaol (constructed 1889). The internees at these camps created their own management committees that organised entertainment, sport, culture and arts activities.

The largest internment camp in Australia during World War I was at Holsworthy, near Liverpool on the outskirts of Sydney. Sources may refer to it as either ‘Liverpool camp’ or ‘Holsworthy camp’. The camp held 6890 internees, most having German or Austrian parentage. While most of the 4500 internees from within Australia had been resident in New South Wales, some were brought from camps in other Australian states that were closed early in the war. Many from Western Australia, who had been employed in gold fields around Kalgoorlie, had originally come from states within the Austro-Hungarian Empire such as Serbia, Croatia and Dalmatia. About 700 of those interned were naturalised British subjects, and 70 were Australian born. Many internees were deported after the war. 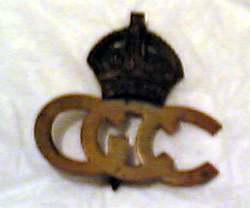 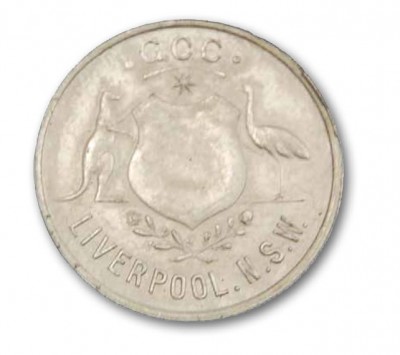 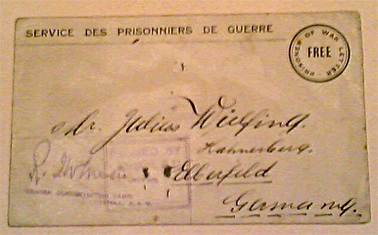 The camp grew from a collection of tents to a small town of huts complete with theatres, restaurants and cafes, other small businesses, an orchestra and sporting and educational activities. Physical conditions in the camp were difficult. Living conditions were overcrowded and sanitary facilities were basic. There were also reports of corrupt or brutal guards working in the camp. Holsworthy camp remained open until the last internees and prisoners of war were repatriated in 1920.

Of all the camps Holsworthy was the harshest and resembled a prison in the true sense of the word. A strict regime of control was enforced by the camp authorities and a prisoner was killed during an attempted breakout. Raids often turned up stills and grog making faculties. Internees were seldom allowed out of the camp confines and here boredom and melancholy took hold. Craft making and theatre and other cultural activities where pursued at Holsworthy as they were at Trial Bay and Berrima, but the overarching atmosphere of the place was confinement, deprivation of liberty and constant surveillance. Unlike the internees at Trial Bay and Berrima, the Holsworthy internees were treated as prisoners. As a consequence the Holsworthy Camp developed a reputation among the NSW German Community as a place of harsh punishment. Camp Commanders at Trial Bay and Berrima often sent recalcitrant offenders to Holsworthy as a sign that despite having liberties and privileges, disobedience would not be tolerated. 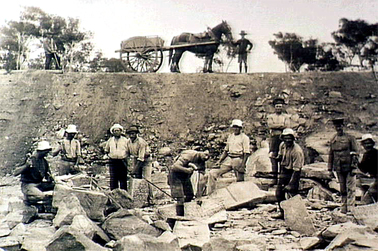 Gerhard Fischer notes that the purpose of the government was to:

Destroy the community as an autonomous, socio-cultural entity within Australian society. This objective was pursued through many different avenues, the closing of German clubs and Lutheran schools, or through the internment of the leaders, so as to deprive German-Australians of their spokesmen, their representatives in the mainstream public sphere of Australian society. Together with the destruction of what might be called the socio-cultural infrastructure of the community, this would have the effect – it was thought – of intimidating and keeping in check the rest of the community: it would lead to its disintegration and eventual disappearance.

The Holsworthy Internees Collection has historical significance as evidence of the experience of the German internee’s life at Holsworthy, the attitudes of the German internees to the war and internment and their relationships to other German Australian communities. The camp newsletter Kamp Spiegel produced by the internees gave a running commentary of politics, the local German perspective on the progress of the war and an insight to the conditions and grievances of life at the camp. 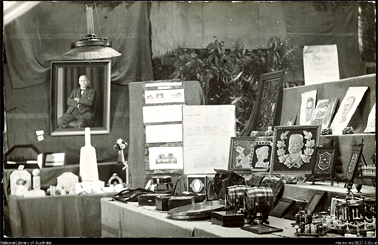 Objects made by German internees at Holsworthy, c.1916. Courtesy National Library of Australia 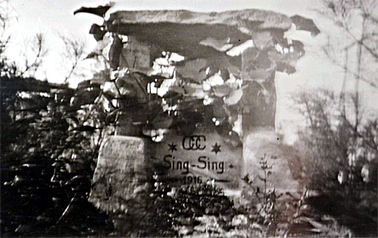 The Collection has aesthetic significance in the composition, design and production of the photographs, newsletters and theatre programs. This evidence indicates the internees were educated and cultured and this is reflected in theatre and orchestra programs and the existing copies of Kamp Spiegel. The internees initiated ongoing education programs and this resulted in many photographs and artworks. The design and manufacture of these artefacts reflects the influence of German design and intellectual traditions.

The Collection provides a tool for historians to research the First World War chapter of Australian history and give the story a wider meaning in the context of the history of migration and settlement of Australia. The material culture of the Holsworthy Internees Collection reveals of the diverse skills and backgrounds of the people interned there, including their educational and cultural background. The majority of the internees were mainly farmers and blue collar Australians of German descent who entered into voluntary internment, or, low ranking German workers taken prisoner of war from German owned South East Asian plantations. These people were educated and absorbed in German culture. Naval and mercantile officers, industrialists and professionals were moved to Berrima and Trial Bay. The objects they produced and that remain in the collection reflect the richness and diversity of German culture.

There is substantial social value in the Collection as evidence of a site associated with internment. Internees and guards families have a common link to the place and many local residents have developed a strong attachment to the place. Many German tourists visit the place on the way to and from the Berrima Museum.

The Collection is well provenanced to the site, Liverpool region and local residents. Some of the Collection was purchased and it provenance prior to this is not available. The Holsworthy Internees Collection is rare in that it relates specifically to the German internee occupation of the site and it is associated with those particular people who emerge as significant participants at Holsworthy and World War One NSW German internment camp history.

The Holsworthy Internees Collection is rare in that it relates specifically to the German internee occupation of the site.

The Collection represents Australia’s strong historic links to Britain and the adherence to British foreign policy after Federation. The Collection represents a time when Australia still looked to Britain for foreign policy and held deep suspicions of non British immigrants. This is evidenced in the concentration camp nature of the internment, the isolation of the place, the boredom.

The condition of the Collection in general is fair to good. It is significant that such a Collection remains in good condition, intact and in the region it has an historical association and provenance.

The Collection’s has potential to interpret Holsworthy a site of internment, life in the internment camp itself and the experience of German communities. The Collection presents the opportunity to interpret the stories of particular individuals who were interred at Holsworthy and those who were deported after the War only to return as migrants and become successful members of the Australian community despite their experiences.