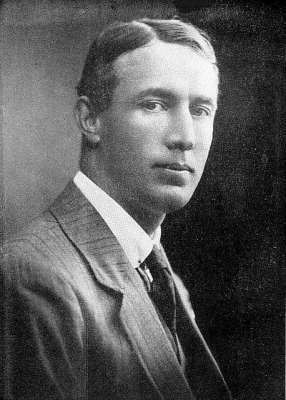 In 1909, South African born Kingsley Fairbridge founded the Society for the Furtherance of Child Emigration to the Colonies. Its focus was to educate orphaned and neglected children and train them in farming practices at farm schools located throughout the British Empire. He wanted to see “little children shedding the bondage of bitter circumstances and stretching their legs and minds amid the thousand interests of the farm.”

Kingsley Fairbridge migrated to Australia where his ideas found support and encouragement. In its early days his organisation was known as the Child Emigration Society (later known as the Fairbridge Society).  He opened a farm school at Pinjarra in Western Australia in 1912.  Although its founder passed away in 1924, the Society’s child migration programs for under privileged British children later extended to Canada, Rhodesia and other Australian states. In the 1950s the Society also introduced the Family Migration Scheme which catered for single parent families and families with five or more children.  By 1960 nearly 3,580 children had been sent to Fairbridge Farm schools.

In January 1935, at a conference held in Melbourne, a motion was passed to establish more Fairbridge Farm Schools in Australia. It was agreed that the London Fairbridge Society would be responsible for recruiting children fromBritain for the scheme and for providing financial support. Australia agreed to support the venture, on the provision it had the support of the British Government, which occurred in 1936. A new farm school was established at Molong, New South Wales.  The 648ha property called ‘Narragoon’ was purchased in 1937.  It was relatively isolated from the nearby township, although children from the farm attended school in Molong.

Fairbridge Farm School at Molong was officially opened by Lord Gowrie, the Governor General, on 28 November 1938, some 13 years after the death ofKingsley Fairbridge. He died never seeing the final results of his efforts. 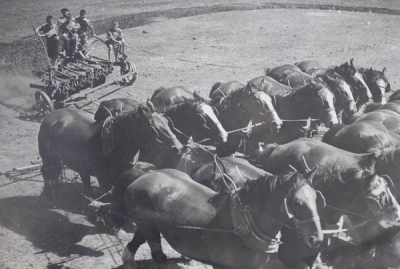 After a halt in migration during World War II, the Molong Farm School began accepting large numbers of child migrants in the post-war period, known as the ‘Populate or Perish’ era of Australian immigration policy.  The farm had thriving market gardens, orchards, animal husbandry and ornamental gardens operating as a commercial and training enterprise.  The efforts of some 1,200 children contributed to the farm becoming almost self-sufficient.

“I remember so vividly how things looked – the hospital looked so sharp, and the gardens, the fresh paint and the clean looking buildings – everything was in order,…and it was magnificent because of the smell of milk and honey.  It was so pungent in the air.”

Although some child migrants feel they benefitted from their time at Molong, in recent times evidence of abuse and neglect has come to light. Eventually changing attitudes towards child migration, education and the dependence on child labour resulted in the decline of the Fairbridge Farm at Molong.  Fairbridge Farm at Molong was closed in 1974.  A number of the buildings have since been removed and are used as private residences throughout the district. Today the site is part of a privately owned farm and is not open to the public.