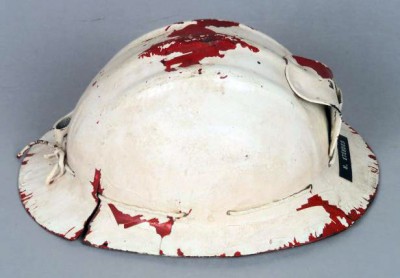 The Snowy Mountains Hydro-Electric Scheme is the most complex, multi-purpose, multi-reservoir hydro scheme in the world with 80 kilometres of aqueducts, 140 kilometres of tunnels, 16 large dams and seven power stations, two of which are underground. The project commenced under an Act of Federal Parliament in October 1949 with the goal of diverting the Murrumbidgee, Snowy and Tumut Rivers in south western New South Wales to provide irrigation water for the western side of the Great Dividing Range, and in the process generate hydro-electric power.

Prior to World War II Australia relied on the export o wool, wheat and coal as the mainstays of the economy. Most manufactured items were imported from Britain. In terms of infrastructure Australia was under developed compared to Europe or America.

Migrants with engineering or construction skills and experience in working alpine conditions were targeted for the Snowy Mountains Hydro-Electric Scheme. Dams, power stations and tunnels were built so that the water from the Snowy River could be used to provide power and irrigation. 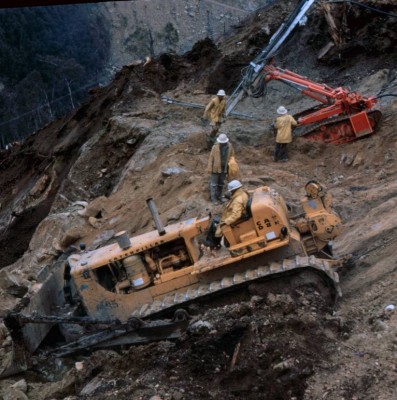 The Building Workers Industrial Union was concerned about the validity of the qualifications of migrant workers and was critical of the government’s policy of recruiting ‘foreign’ labour. Despite this the union doggedly represented the migrant workers rights and conditions. The 1951 issue of the Union’s ‘Building Worker’ was printed in both German and English reflecting the high numbers of Germans working in the trades.

On its completion in 1974 the Snowy Hydro Electric Scheme had employed over one hundred thousand. In harsh and dangerous conditions, they built a new future for themselves and for the nation. Many families were built on the scheme with children born and growing up in the mountains. The majority of the workers stayed on to live in Australia making a valuable contribution to Australia’s modern multicultural society.