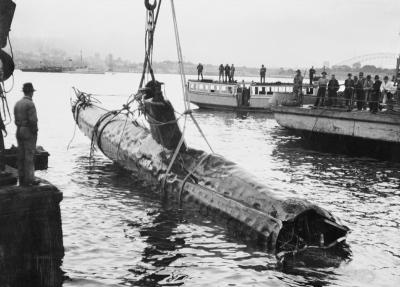 When World War I ended in 1918, it was considered the war to end all wars. People thought that after the carnage and misery of that time, war again was unthinkable and they looked to a future of peace. Yet 20 years later a more destructive war started that killed more people, caused more damage and cost more money than any other war in history.

During the 1920s a lot of Germans felt angry and bitter about what had happened to them in World War I and the treatment they received by the allied countries afterwards. Adolf Hitler was a soldier in the German Army in World War I. After the war he joined a small political group called the National Socialist Workers Party. Under Hitler’s control the group grew into a well-organised political party called the Nazi Party. In 1923 Hitler tried to take over the German Government. He failed, and spent nine months in jail where he wrote a book, Mein Kampf (My Struggle). In this book, Hitler detailed his ideas on how Germany could become a strong and powerful nation again and his thoughts on ethnicity in particular the Jews.

In the early 1930s, the Great Depression hit Germany very hard. Over six million people were out of work and life was tough. Hitler promised to make things better. In 1933, the Nazi Party was voted into power and Hitler became the German leader. Within a year, Hitler had got rid of democratic government and installed himself as a dictator. He built up Germany’s army and navy and began plans to expand Germany’s boundaries. Italy too was governed by fascists under the leadership of Benito Mussolini who wanted to strengthen Italy’s power and take over more territories. In Japan, Emperor Hirohito was the head of a military government. Like Germany and Italy, Japan wanted to expand its territories. In 1937, Germany, Italy and Japan signed a treaty to support each other. Once again, as happened before World War I, countries grouped together building armies and navies to wage war.

Realising that war was imminent, Britain and France warned Germany that if Poland was invaded a state of war would exist. In September 1939, Germany attacked Poland. Britain and France were now at war with Germany. Although Australia was an independent Commonwealth nation and didn’t have to declare war on Germany, a strong sense of duty to Britain and its people prevailed and Australia declared war immediately. Throughout 1940 a kind of ‘phoney war’ existed. While Australia set about conscripting and training troops, most people had lost interest in the war. 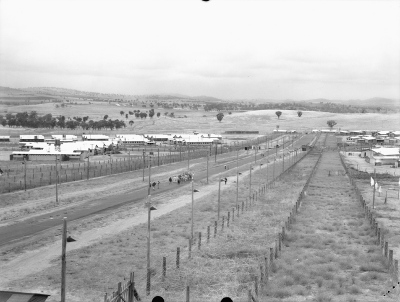 This all changed on 7 December 1941 when Japan attacked the United States Pacific Fleet in Pearl Harbour, Hawaii. On the day after the attack, the United States and Britain were at war with Japan. Australia too declared war with Japan. This was a very serious step for Australia. For the first time in its history, it was in danger of invasion by a country in the Asia Pacific area.

Just as in World War I, during World War II the Australian Government passed laws that gave it much greater control over the lives of people:

Germans and Italians were interned in concentration camps
Communist and fascist organisations were banned
All media was censored
Profiteering by factory and shop owners was banned
The Government took control of all transport, banking and the docks
Conscription was introduced Australian interests and traditional loyalties begin to shift from Britain to the United States – especially after the surrender of the British Garrison to the Japanese at Singapore in 1942 when 13,000 Australian troops were taken prisoner. Australia also saw the influx of over 120,000 United States troops during the war. Both before and after the war, Hollywood films introduced American culture to Australian audiences. During the war, American troops introduced Australians to Coca Cola, hotdogs and American popular culture. This was a cultural turning point for Australia, resulting in the youth culture revolution of the 1950s and 1960s.

After six years of World War, Germany and Japan were defeated in 1945. After the war, many Italians and Americans returned to Australia to resume relationships and to seek a better life as many migrants before them had done.

1944 Cowra POW Bugle
See the bugle that Japanese prisoner of war TOYOSHIMA HAJIME used to signal the start of the mass escape of Japanese POWs from Cowra POW Camp in 1944.
more details »

1940 Griffith Bocce Balls
This set of bocce balls is of historic significance as evidence of the transfer of a men's social activity from Italy to Griffith, Australia.
more details »
View other objects from this era »