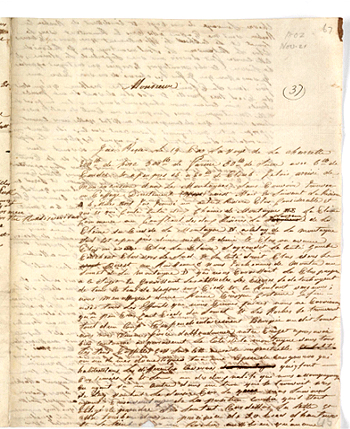 The First Fleet of 11 ships, each one no larger than a Manly ferry, left Portsmouth in 1787 with more than 1480 men, women and children onboard. Although most were British, there were also Jewish, African, American and French convicts from Britain. After a voyage of three months the First Fleet arrived at Botany Bay on 24 January 1788. Here the Aboriginal people, who had lived in isolation for 40,000 years, met the British in an uneasy stand off at what is now known as Frenchmans Beach at La Perouse. On 26 January two French frigates of the Lapérouse expedition sailed into Botany Bay as the British were relocating to Sydney Cove in Port Jackson. The isolation of the Aboriginal people in Australia had finished. European Australia was established in a simple ceremony at Sydney Cove on 26 January 1788.

Free settlers were coming to the colony too. Francis Barrallier (1773-1853) was one of the colony’s earliest French settlers. Escaping to England with his parents when Napoleon took Toulon in 1793, Barrallier embarked on the Speedy to join the New South Wales Corps in November 1799, reaching Sydney in April 1800. His travelling companions included Philip Gidley King, returning with his family to assume governorship of the colony, and the two men struck up a friendship.

The Speedy arrived in Sydney on 15 April 1800. King at once employed him as an architect drawing the plans for the Orphan Asylum at Parramatta. Because of the lack of commissioned officers available for duty in New South Wales, the Governor appointed him an ensign in the New South Wales Corps in July 1800. Before this recommendation reached London, the Colonial Office already appointed him to this situation in 14 August 1800, although King does not seem to have been informed of this for a year.

Barrallier was also a name as an explorer. In March 1801 he accompanied Lieutenant James Grant in the Lady Nelson on a survey of the southern coast, and mapped it between Wilson’s Promontory and Western Port. He was honoured by having a small island in the latter named after him. In July he made another trip, this time to the Coal River (Newcastle) where he surveyed the harbour.

On 23 August 1801 King appointed him acting engineer and artillery officer in place of Captain Edward Abbott who had resigned. His military duties involved the maintenance and improvement of Sydney’s defences and his work won high praise. He designed the citadel, Fort Phillip, which King planned to build on the highest windmill hill in Sydney. He is also reputed to have designed the King George, 185 tons, the first ship built in the yards of James Underwood in Sydney.

At this time disputes between King and the New South Wales Corps caused Colonel William Paterson to demand Barrallier’s return to regimental duty. London did not confirm Barrallier’s appointment as engineer until August 1802, and the approval did not reach Sydney until March 1803; so because of Paterson’s protest, the Governor returned Barrallier to his usual regimental duties on 8 October 1802. King in a General Order publicly gave him high praise for his work in ‘discharging the duties of Military Engineer and Artillery Officer, superintending the Military Defences, Batteries and Canon of this Settlement, in addition to which he has most arduously and voluntarily executed the duties of Civil Engineer and Surveyor to the advancement of the Geography and Natural History of the Territory’1. Ten days after ordering Barrallier back to the regiment, King appointed him his aide-de-camp, and so made it possible for him to be sent exploring again. 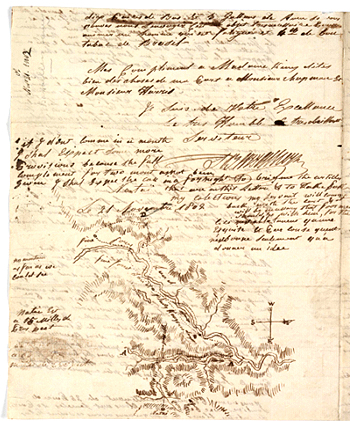 Barrallier first made a short journey south -west of Sydney to establish a staging camp for a later attempt to cross the Blue Mountains. On this expedition he discovered the Nattai River and brought back specimens of limestone and iron ore which King sent to Sir Joseph Banks. Then Barrallier set off on an mission for the Governor to establish a relationship with ‘the King of the Mountains’. On 5 November 1892 Barrallier left Prospect on the most important journey of his career in New South Wales, and the most important of the early attempts to penetrate the Blue Mountains barrier. With four soldiers and five convicts, he first established a camp on the Nattai River to which they twice returned to replenish their provisions, and then trekked about a hundred miles (161 km) into the mountains. They discovered Byrne’s Gap and the Tonalli and Burragorang valleys flooded by the Warragamba Dam now, but were stopped from scaling the Great Dividing Range by a waterfall which seemed impassable. Barrallier turned back as his provisions were running low and his men were becoming despondent, though he was then very close to the Kanagra Plateau and near the present site of Katoomba, from which a days trekking would have taken him across the main divide between Oberon and the Jenolan Caves. This failure did much to deter further attempts on the mountain barrier for some years. ON this expedition Barrallier observed bush call of ‘coo-ee’ the Aboriginals used to communicate over great distances.

Soon after this expedition Barrallier fell out with King, who accused him of falsely asserting that the Governor had forbidden his wife to visit Colonel Paterson’s house. The result was that Barrallier was given leave in April 1803. In May 1803 Barrallier resigned and left Sydney in May. King refused to accept the resignation and angry as he was at Barrallier’s behaviour, he wrote to Banks recommending him as a young man of considerable talent.

This early promise was not unfounded, for Barrallier’s military career was successful. On 31 July 1819 he had married Isobel Skyrme at St Mary’s, Lambeth, Surrey. He died on 11 June 1853 at his home in London, at the age of 80.

The letter has historical significance as a rare document describing and interpreting through non British eyes the pre-1788 Sydney environment and Aboriginal people’s appearances and culture.

The letter has aesthetic significance in the manufacture of parchment and handwriting style of the late 17th century French middle class.

The letter is significant for researchers as it is one of the few existing documents from early Colonial Australia.

The letter has intangible significance being an iconic object and a symbol of Australia’s brutal convict origins and the development of the early settlement at Port Jackson.

The letter is well provenanced and documented. It was donated to the Mitchell Library and has been in the Mitchell collection ever since.

The letter is extremely rare. It is one of a few existing documents from early colonial Australia.

The letter represents a time early in Australia’s history when the colony was still establishing itself and exploring its new environment. The letter also represents the coming of Europeans to Aboriginal Australia. The letter is in excellent condition for its age and material. The letter interprets the exploration and expansion of the early colony at New South Wales.