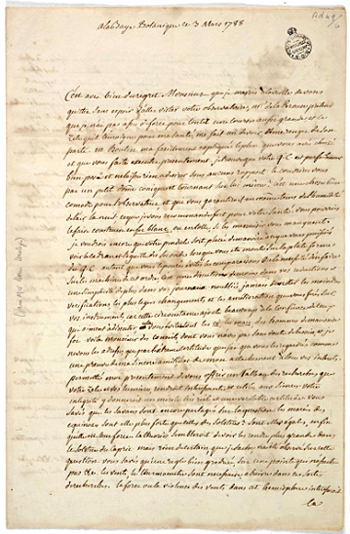 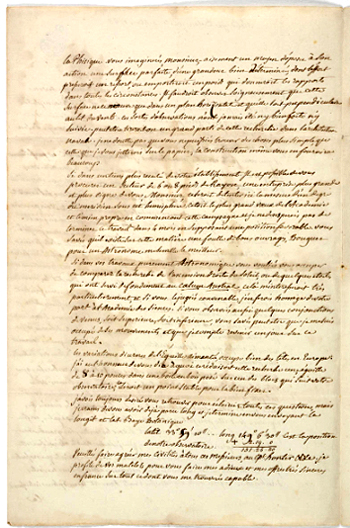 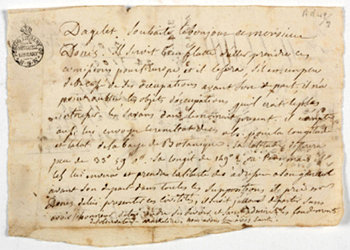 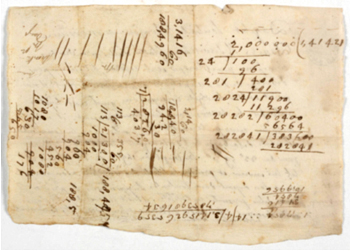 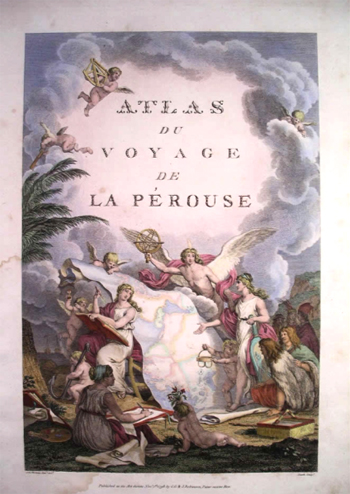 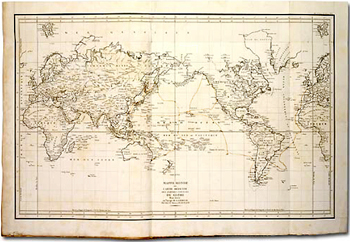 The map of the route of Lapérouse to Botany Bay, 1785 -1788. Photograph Stephen Thompson

‘We spent the whole of the 24th (Jan 1788) plying in sight of Botany Bay, but that day we had a spectacle; this was the British Squadron at anchor with their pennants and ensigns which we could plainly distinguish’.
Lapérouse Journal, 1788.

The French stayed at Botany Bay for six weeks and built a stockade, observatory and a garden for fresh produce on the La Perouse peninsula. At Botany Bay Dagelet undertook calculations on map position of Botany Bay, carried out astronomical observations and met with William Dawes at Port Jackson. Dawes volunteered for service with the First Fleet and sailed on the Sirius. From February 1788, he was employed on shore to build an observatory at Dawes Point. Following this meeting Dagelet sent a letter to Dawes (1762-1836) with advice to Dawes on setting up his observatory, resent work on the fluctuations of the Earth’s magnetic field and calculations on maps positions of Botany Bay.

The last official sighting of the French expedition was in March 1788 when British lookouts stationed at the South Head of Port Jackson saw the expedition sail from Botany Bay. The expedition was wrecked on the reefs of Vanikoro (Melanesia) in the Solomon Islands during a cyclone sometime during April or May 1788. The fate of the expedition was to remain a mystery for nearly 40 years.

The letter has historical significance as evidence of France’s push into the Pacific and keen interesting the settlement of Botany Bay. The collection is significant as evidence of the place where the First Fleet landed and the subsequent meeting of the British, French and aboriginal people. The collection also has historical significance as France’s 1988 bicentennial gift to Australia.

The letter is significant for researchers as it is one of the few existing European documents and objects surviving related to early colonial Botany Bay and French exploration.

The letter is well provenanced to State Library of New South Wales. It was donated to the library by a Mr Wesley in 1915.

The letter is unique.

The letter represents a time when France was beginning its push into the Pacific to rival the influence of Britain. The collection also reflects the precarious nature of sea journeys, navigation and shipping in the late 18th century.

The letter is in excellent condition for its age and material.

The letter interprets the story of the Pacific exploration, the Lapérouse expedition and their meeting with the First Fleet at Botany Bay in 1788 and the development of 19th century Australian colonial values and consciousness to the world. The collection interprets the reverence the La Pérouse site has had for France since 1788.