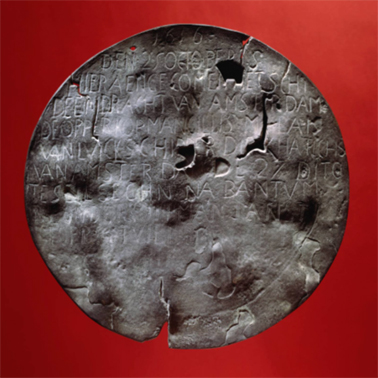 Object Description
Dirk Hartog landed at Shark Bay, Western Australia in 1616 and left this pewter plate with an inscription detailing their voyage and destination. Another Dutch explorer, William de Vlamingh, landed at the same spot 1697 and put another plate there with the original inscription and added one of his own. Vlamingh took the original plate back to the Netherlands. The original Hartog plate is in the Rijksmuseum in the Netherlands. The Vlamingh plate was later removed by French explorer, Lois de Freycinet in 1827 and the French government presented the plate back to Australia on the 28th of May 1947. Dimensions: 36.5mm. 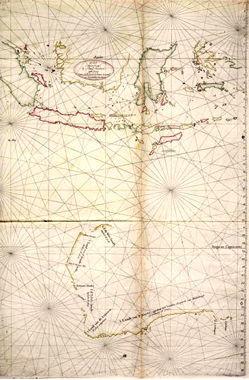 Shark Bay has a unique place within Australia’s European history, as it is the site of the first recorded European landing on Australian soil. Captain Dirk Hartog arrived on the Eendracht on October the 25th 1616. Hartog acknowledged the landing by nailing an inscribed pewter plate to a wooden post at the site now known as Cape Inscription. The inscription read;

In 1697 Dutch Captain William de Vlamingh landed at Cape Inscription and found Dirk Hartog’s plate, though the plate was badly weathered and the post had almost rotted away. Vlamingh copied the record on to another plate, added his own inscription and nailed the plate to a new post that he erected. Vlamingh took the Hartog plate back to the Netherlands. Vlamingh’s inscription read.

1697 The 4th February is here arrived the ship The Geelvinck for Amsterdam. The Commodore and Skipper William De Vlamingh of Vlielandt, Assistant Joannes Bremer of Copenhagen Upper Steersman Michil Bloem of The Bishopric of Bremen The Hooker The Nyptangh Skipper Gerrit Colaart of Amsterdam Assit Theodoris Heirmans Ditto Upper Steersman Gerrit Geritson of Bremen The Galliot The Weeseltie Commander Cornelis De Vlamingh of Vlielandt Steerman Coert Gerritsen of Bremen Sailed from Here with our fleet the also The Southland Further to Explore and Bound for Batavia. 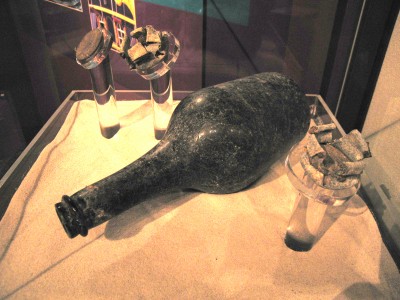 In 1772 Captain Alesne de Saint – Allouran landed on Dirk Hartog Island in Shark Bay and claimed it in the name of the King of France. To validate France’s claim he buried a parchment and two French coins in a bottle that were discovered in 1998.

In 1801 Captain Hamelin on the Naturalist, a ship from a French expedition led by Nicholas Baudin, entered Shark Bay and a party was sent ashore. By chance the party found the Vlamingh memorial of Dirk Hartog’s previous visit, though the plate was almost buried in the sand. When the party returned the plate to the ship, Hamelin ordered it to be returned, considering it somewhat sacrilegious to have removed it. One of Hamelin’s officers, Louis de Freycinet, felt that this action was inappropriate and that such a trophy should be taken and returned to Europe.

In 1818 Freycinet returned to Shark Bay, in command of his own vessel, and was able to find the plate still in place at Cape Inscription. He removed the plate and returned it to Europe where it was presented to the French Academy in Paris.

The Vlamingh plate then disappeared for more than a century until it was rediscovered in 1940 on the bottom shelf of a small room of the French Academy mixed up with old copper engraving plates.

The Hartog Plate sets the moment in time when the existence of the speculated south land was realised.
It tells of the early Dutch presence in the Indian Ocean, its trade with Java and the subsequent mapping
and exploration of the Australian west coast and Tasmania.