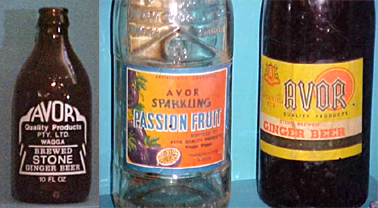 Willie ‘Bill’ Edwin Haberecht was born at Henty, where he was also educated. At the age of 15 years, he began assisting his father at the power house at Henty, when his brother Alf left to serve in World War I. Bill also rode his bicycle to Culcairn to attend to the maintenance of their power supply, and helped his brothers Pearce and Cyril in that business.

In his youth, Bill played in the Henty Town Band and was also a talented violinist.

Bill married Mary Holloway in 1921, and began a power station at Lockhart in 1920 which supplied electricity to the town. In 1927 the power supply was linked to the Southern Riverina County Council Grid and the power station was closed. In 1928, the family moved to Junee where Bill purchased an open air and an indoor theatre, unfortunately the latter was destroyed by fire a year later.

Bill then purchased a soft drink and cordial factory in Lockhart (c. 1928), retiring to Wagga Wagga, and giving up the business in 1969. He died in 1976, and is buried at the Wagga Wagga Lawn Cemetery.

Bill named his cordial factory ‘AVOR’, a name derived from his two daughters, Avrille and Oriel. Later, when his son Daryl was born, Bill and Oriel toyed with the idea of renaming the company ‘D’Avor’, but decided against changing the well-known name. 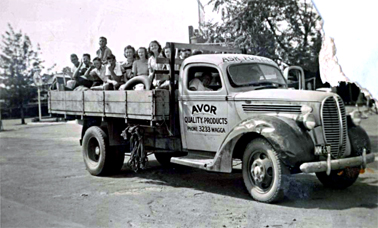 Through Bill’s drive and initiative, the business expanded before World War II and became the largest employer in Junee, with a staff of forty. Through a fleet of trucks, he supplied most of the towns within a radius of 240 km. As business grew, he diversified into syrups for water and milk drinks, pies, jelly crystals, Worcestershire sauce and bottling of vinegar. During the war years, when most of the male staff enlisted, Bill’s daughter Oriel assisted her father.

In 1946 Bill transferred his business to Wagga where he continued his tradition and quality, adding ‘Cappy’s’ Tomato Sauce to his range of products. Growers were contracted to supply tomatoes to the factory. Bill’s son Daryl assisted in the factory for about three years during the early 1950s. Oriel returned to Wagga permanently in 1965 and became associated with the business until its closure in 1969 following Bill’s retirement.

AVOR’s greatest achievement was its famous ginger beer, which is fondly remembered in Wagga to this day. The formula was never written down. Bill once noted ‘Even if I was given a thousand pounds I wouldn’t give away the formula’. Part of the secret was that genuine ginger roots were imported from Jamaica, brewed with yeast in wood and, at a certain stage, were bottled and pasteurised, so that the ginger beer always remained the same in the bottle.

The Haberecht and Begg families are associated with many towns throughout the Riverina. Bill Haberecht was born in Henty, living and working there until early adulthood. His cordial factory, starting in Lockhart, moved to Junee, and then on to Wagga Wagga. To this day, the people of Junee and Wagga have a friendly rivalry over ‘ownership’ of AVOR’s history.

Oriel Begg, who played a pivotal role in AVOR’s Wagga factory, also has strong associations with many towns throughout the Riverina. Born in Lockhart, she grew up in Junee. In 1942, Oriel married Robert Begg and in 1944, aged 21, became the youngest Lady Mayoress in Australia (Junee).

Cordial and beer making have a strong history in Wagga. All regional towns have their own soft drink brands, but Wagga had several successful cordial factories. When AVOR opened in Wagga, there were two other factories still operating – Sheekeys (closed in 1979) and Bells. 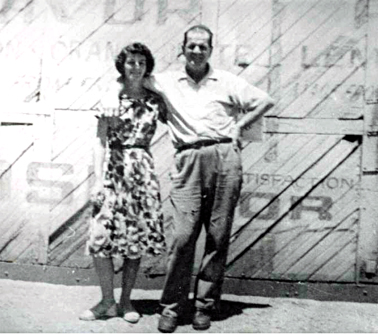 Bill Haberecht and daughter Oriel. Courtesy Museum of the Riverina

The AVOR collection is a rare collection of bottled products, dating from the 1920s to the late 1960s, from a regional cordial factory. It is associated with the AVOR cordial factory and the Haberecht and Begg families, including Oriel Begg, the factory founder’s daughter, who retained the collection in the family until its donation to the Museum of the Riverina. The AVOR collection is of historic significance for these associations and as evidence of the role of German migrants and their descendants in developing and running successful regional manufacturing industries and for the prominence of their products in regional community life and folklore.

Bottles from this period with their original contents are rare survivors and uncommon in public collections. The bottles are also rare for their strong associations with the Riverina region and its people. It is rare for a collection of bottled products to prompt family, community and regional stories – some from factory staff and some from the wider community – as people fondly remember AVOR Quality Products.

The AVOR collection is a good example of the range of bottles and bottled products produced during the 1920s to the late 1960s by a regional cordial factory. The bottles are in good condition, some labels have been damaged, but most are legible. The AVOR collection provides the potential to interpret the role of German migrants and their descendants in developing and running successful regional manufacturing industries and for the prominence of their products in regional community life and folklore.

Written by Michelle Maddison
Museum of the Riverina
2004