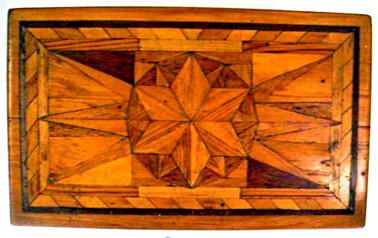 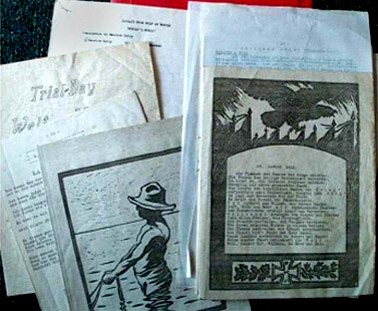 Object/Collection Description
The collection is associated with the Trial Bay Gaol Internment Camp. It consists of models, toys, archaeological material, archives and original photographs. Objects are metal, wood, paper and glass. The collection is in fair to good condition. A large proportion is on permanent display and shows signs of mild corrosion from dust and salt contact.

The outbreak of fighting in Europe in August 1914 immediately brought Australia into the ‘Great War’. Within one week of the declaration of war all German subjects in Australia were declared ‘enemy aliens’ and were required to report and notify the Government of their address. In February 1915, enemy aliens were interned either voluntarily or on an enforced basis. In New South Wales the principal place of internment was the Holsworthy Military Camp where between 4,000 and 5,000 men were detained. Women and children of German and Austrian descent detained by the British in Asia were interned at Bourke and later Molonglo near Canberra. Former gaols were also used. Men were interned at Berrima gaol (constructed 1840s) and Trial Bay gaol (constructed 1889). The internees at Trial Bay Gaol created their own management committees that organised entertainment, sport, culture and arts activities. 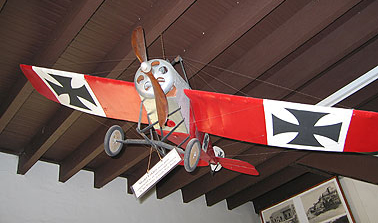 The Trial Bay Internment Collection is integral to the fabric of the Trial Bay Gaol heritage site and provides the distinctive character of the place. Its primary significance lies in its relationship to the themes of wartime internment experience, racial antagonism, Australia’s fear of subversion and strict adherence to Britain’s wartime foreign policies. The collection interprets the story and provides evidence of the experience of the German internee’s life at Trial Bay, the attitudes of the German internees to the war and internment and their relationships to other German communities in New South Wales both interred and free. The camp newspaper Welt am Montag produced by the internees gave a running commentary of politics, the local German perspective on the progress of the war and an insight to the conditions and grievances of life at the camp. The models and dolls’ furniture the internees made reflect the strong sense of community, boredom and hobbies and activities to fill in time, and a longing for families and children symbolised by care invested in the children’s toys made for Christmas presents. 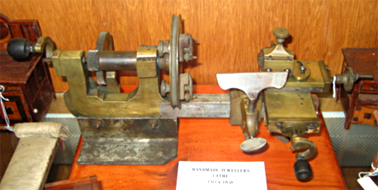 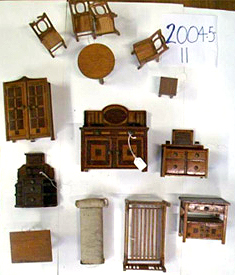 The collection has aesthetic significance in the design and manufacture of toys for children interred at other internment camps, models, photographs and etchings by the internees. The internees were educated and cultured and this is reflected in Theatre Company and Orchestra programs and the existing copies of Welt am Montag. The internees own ongoing education programs and the resulted in many photographs and artworks. The design and manufacture of these artefacts reflects the influence of German design and intellectual traditions.

The collection provides a tool for historians to research the First World War chapter of Australian history and give the story a wider meaning in the context of the history of migration and settlement of Australia. The material culture of the Trial Bay Collection reveals of the diverse skills and backgrounds of the people interned there, including their educational and cultural background. Members of the Trial Bay internee community included wealthy industrialists, doctors, academics, publishers, professionals and entrepreneurs. The objects they produced and that remain in the collection reflect this diversity. 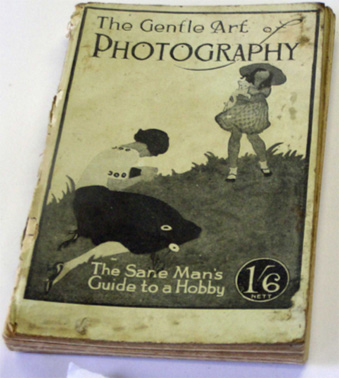 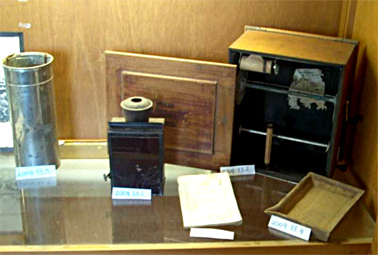 There is substantial social value in the collection as material culture and fabric of a site associated with internment. Internees and guards families have a common link to the place and many local residents have developed a strong attachment to the place. The local community has established a strong link to the site and the collection and a lot of information still resides in the memories of the South West Rocks community. The place is a focal point of interest and reflection for both Australians of Germans descent and visiting German nationals. The Museum and Gaol site remains a key place of visitation for this group as evidenced in the Museum’s Visitors Book.

The collection is reasonably well provenanced to the site and local residents. The Trial Bay Collection is rare in that it relates specifically to the German internee occupation of the site and it is associated with those particular people who emerge as significant participants at Trial Bay and World War I internment camp history. The collection has been developed over the last 35 years first by the Trial Bay Trust Reserve, then the Arakoon State Recreation Area Trust and finally the NSW National Parks and Wildlife Service. The collection comprises of donations from the local South West Rocks and Kempsey communities, internees’ and guards’ families and objects recovered from the site. The Trail Bay Collection is linked to other significant Internment collections held at Holsworthy, Berrima, Cowra, and the Australian Way Memorial. It has a strong general provenance despite the lack of documentation of the collection. A lot of the provenance knowledge resides in the NPWS staff and the community from where the collection originates.

The Trial Bay Collection is rare in that it relates specifically to the German internee occupation of the site and it is associated with people who emerge as significant participants in Trial Bay Internment Camp story and World War I internment history. These people include the camp artists Max Hertz, who was also an orthopaedic surgeon, Kurt Viese, who went onto become head of Animation for Disney Animation and E. Frolich a prominent collector of the work of the Trial Bay internee photographers. Frolich donated a considerable collection of Trial Bay photographs to the Australian War Memorial. 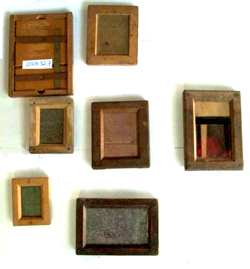 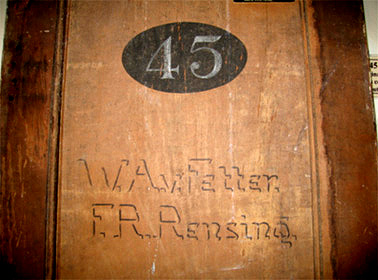 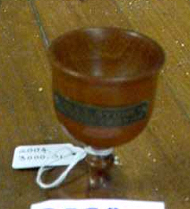 The collection represents Australia’s strong historic links to Britain and the adherence to British foreign policy after Federation. The collection represents a time when Australia still looked to Britain for foreign policy and held deep suspicions of non-British immigrants. This is evidenced in the concentration camp nature of the internment and the isolation of the place.The condition of the collection in general is fair to good. It is significant that such a collection remains in good condition, intact and at the place it has an historical association and provenance.The collection’s importance lies its potential to interpret the place as a site of internment, of the internment camp itself and the experience of German communities. The collection presents the opportunity to interpret the stories of various individuals who were interred at Trial Bay and those who were deported after the War only to return as migrants and become successful members of the Australian community despite their experiences.