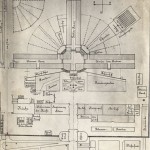 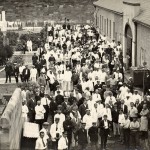 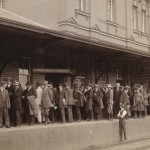 In March 1915 the first group of 89 internees arrived on foot at Berrima. The gaol was hastily cleaned up and made secure. The internees’ luggage had not arrived and there was no furniture. They were supplied with basic sleeping materials and they had to cook their own food. It was out of this sombre mood that the men named the gaol Ahnenschloss (Castle Foreboding). The internees were mainly officers from German merchant steamers caught in Australian ports at the outbreak of war and the officers from the SMS Emden, a light cruiser sunk by the HMAS Sydney off the Cocos Island in 1914.

Because of their maritime background, most of the internees spoke adequate English and had little difficulty in communicating. They were polite and well behaved, buying large quantities of bread, meat and provisions from the local stores. Some rented houses for their families who had come to live near them. But it was not just the economic benefits that made the internees popular. It was their goodwill, ability and industry that the majority of the villagers came to appreciate. The internees were often called by village women to remove snakes from their houses and they saved the Berrima School from a bushfire. 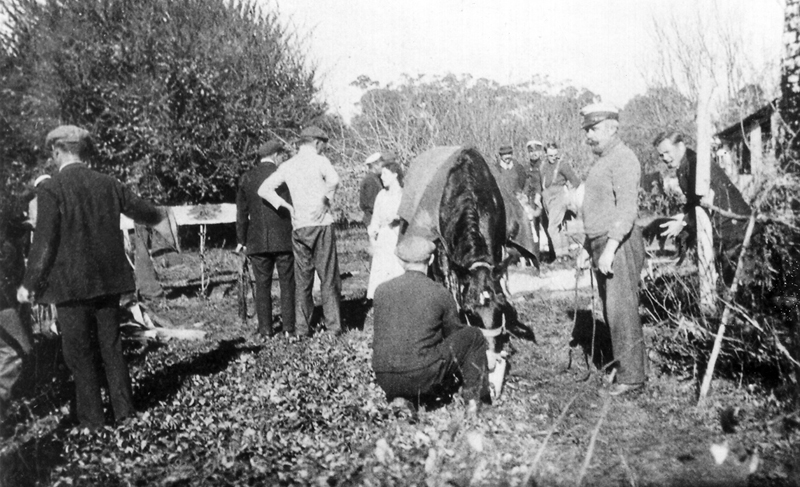 The internees came to the rescue of Prince, c.1916. Courtesy of the Berrima District Museum

Prince was a valuable horse that had fallen into a large underground cistern. Prince was rescued by the mariners who, with a system of ropes and planks, and a large version of a boson’s chair, lifted the horse out. 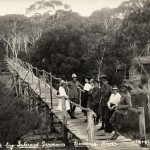 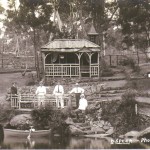 Schloss am Meer (Castle by the Sea) hut of the SMS Emden prisoners of war, c.1916. Courtesy of the Berrima District Museum 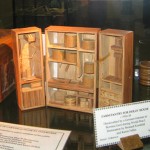 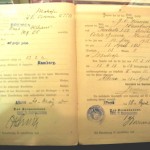 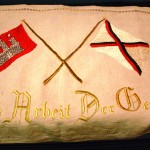 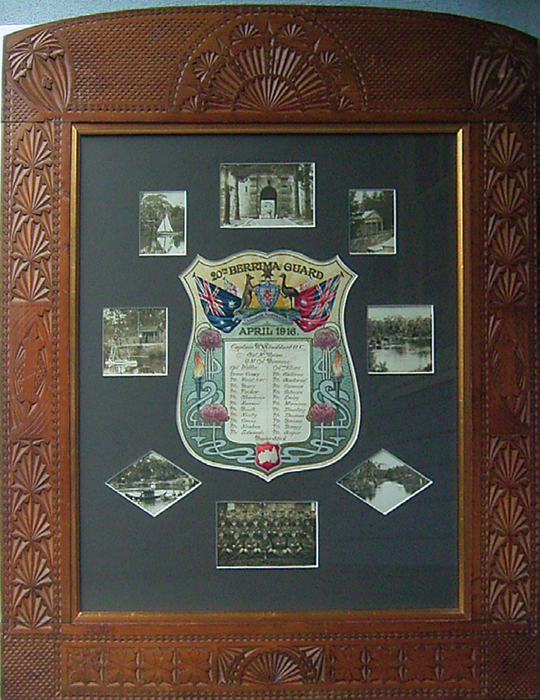 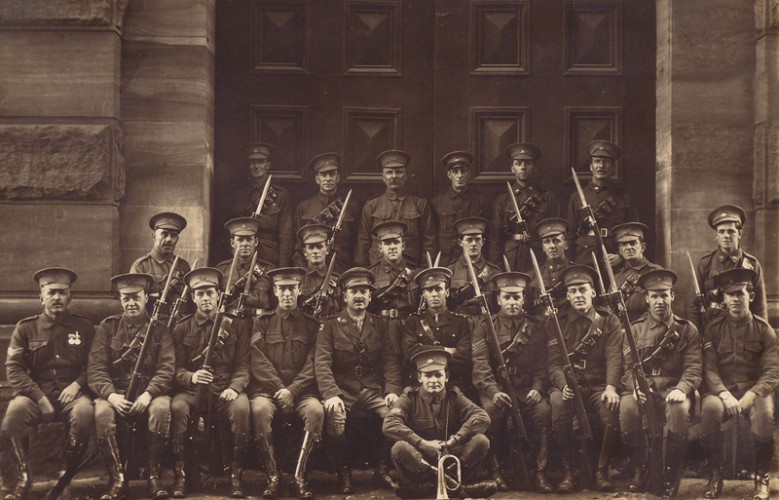 The 29th Berrima Guard, c.1917. The 29th was known as the ‘Permanent Guard’ as they served the longest. Courtesy of the Berrima District Museum.

Berrima and Trial Bay were satellite camps of the very large Holsworthy Camp at Liverpool. The German Concentration Camp Guard was made up of units of 25 men which were rotated frequently between camps. The system of rotations was aimed not only to minimise guards becoming too friendly with the internees, but also to reduce any opportunity for guards to exploit internees. Initially the Guard units were rotated fortnightly, then monthly from 1915 until 1917 when the 29th Guard was on duty for most of the year. 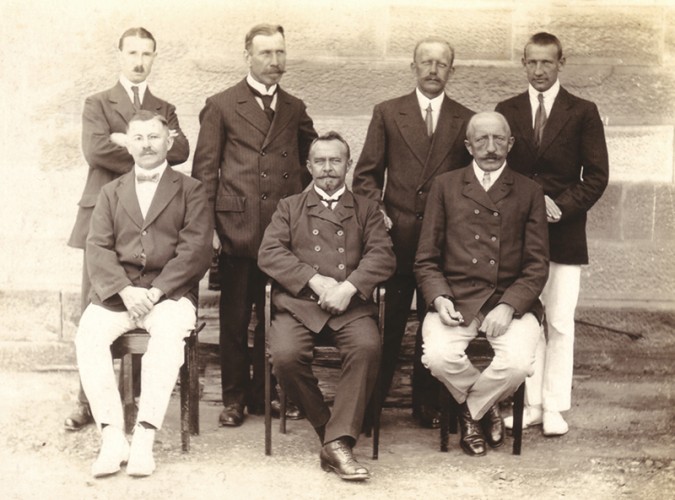 The Management Committee, February 1917. Courtesy of the Berrima District Museum 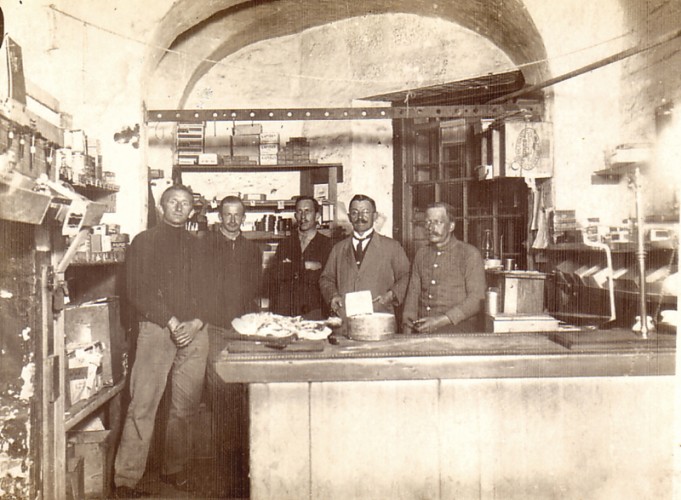 The Camp Canteen, c.1916. Courtesy of the Berrima District Museum

While Berrima Camp was formally controlled by the Australian Army, the day-to-day management was left largely to the Camp Committee consisting of ships’ captains, officers and seamen. The Committee dealt with the organisation of the camp in liaison with the camp Commandant.

Funding came from the camp canteen which was managed as a commercial enterprise. The internees ran it to trade German delicacies from Sydney. This enabled the purchase of vegetable seeds; the renting of grounds for the growing of crops; buying instruments for the camp orchestra and purchasing materials to make Christmas presents for the children of the camp. Funds were also used to employ internees who received no wages from their companies.

Education classes were established. English was popular as all letters sent out of the camp had to be written in English. Other classes included theatre, music, carpentry, joinery, shorthand, photography, sketching and painting. Classes on navigation and marine skills were given by Captains for juniors aiming to take qualifying examinations after the war. Wireless courses were popular as a simple crystal radios could pick up local transmissions. Often the internees knew the latest world news well before the villagers. 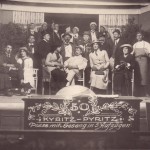 Kyritz – Pyritz (Hocus-Pocus), a revue with songs to provide a satirical view of topical subjects, c.1916. Courtesy of the Berrima District Museum 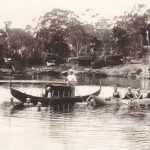 Internees’ canoes on the River, c.1916. The canoe to the right is Störtebeker. Courtesy of the Berrima District Museum 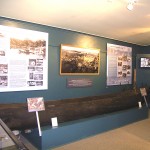 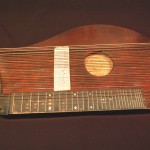 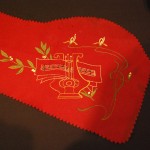 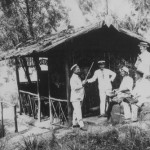 Camp improvements were carried out by the internees that included the introduction of a water supply from the river and the installation of a generator well before the village received power. This was no doubt driven by the internees’ theatre group for more flexible stage lighting.

Many of the shipping companies’ shore-based employees had lived in Australia for some time before the war. Most had Australian friends who provided many books to the library that had been transported complete from the German Club in Singapore. The Committee also supplied books. The library contained books relevant to the various classes held and a comprehensive collection of German classics and general literature. 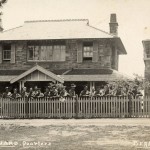 The guards outside their new quarters c.1916. Dubotzki collection, Germany 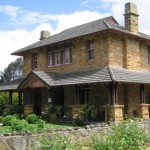 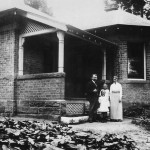 The Hurtzig family outside the second house they shared with the Glinz family, c.1917. Courtesy of the Berrima District Museum

There were five families that sought to be close to their husbands and fathers in the camp: the Hurtzigs, Glinzs, Jepsons, Brauns and Wallners. Later the Machotka family arrived to discover that most of the suitable rental houses had been taken by internees.

The Glinz and Hurtzig families had to share a house. This house was the large, two-storied stone house that still stands outside the south-eastern corner of the gaol. It had been the residence of the gaol superintendent and for a while the Guard. Frau Hurtzig would never have moved had her husband told her how dirty the place was. Frau Hurtzig wrote in her diary, I pray never again to have to clean up after a mob of soldiers. The large house conveniently divided into two self-contained areas by closing and locking several of the internal doors. In August 1918 all internees with families were relocated to Molonglo Camp.

Two other identifiable houses that still stand in Berrima were occupied by the Brauns and the Wallners. The Brauns initially lived in the house now named Sovereign Cottage, in Argyle Street next to the court house. Later they moved and the Wallners moved in. Frau Jepsen eventually moved from the boarding house and took a cottage which, according to Frau Hurtzig was so far away from us that she could neither hear the sounds of the soldiers nor see the activities at the camp. 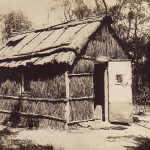 The school was in a bush hut on the right bank of the river up from Hansa Bridge. It was easily reached by the girls from Wilshire Street, c.1917. Courtesy of the Berrima District Museum

The Tochterschule was housed in a bark hut located on the right bank of the river upstream from the Hansa Bridge. It was easily reached by the girls who had only to step from their houses and walk a short distance from the village.

The Committee equipped the Tochterschule with a blackboard, tables, chairs, books, charts and writing slates. Subjects offered depended on the availability of competent people to teach, with a good range of subjects offered. 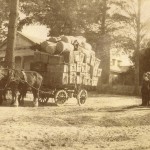 Early in the morning of 12 August 1919. At least five large wagons and drays were loaded with the internees’ baggage. Courtesy of the Berrima District Museum 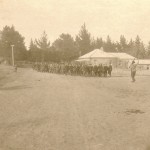 The last roll call was taken. Then the internees formed a column for the march to Moss Vale Station, 12 August 1919. Courtesy of the Berrima District Museum 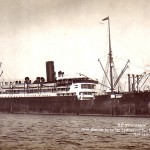 SS Ypiranga: First steamer to enter Sydney Harbour flying the league of Nations Flag 1914 – 1919. SS Ypiranga of the White Star Line that took most of the Berrima internees back to Germany in 1919. Courtesy of the Berrima District Museum

In 1917, German submarines began to attack American cargo and passenger ships, drawing the United States into the war. Meanwhile a revolution in Russia changed the government which made a treaty with Germany. Germany’s allies Austria and Turkey, weary of the war, gave up. Without support an overwhelmed Germany had to accept defeat. In November 1918 the guns were silenced and an Armistice signed. The internees expected to be on their way home within weeks.

The war did not formally end until Germany signed the Peace Treaty in June 1919. This led to 10 months of waiting, creating depression among all. This mood was exacerbated when the oppressive peace terms demanded by the Allies were fully realised. When news reached Berrima of the vandalisation of the Trial Bay Memorial to four companions who had died there, the internees vowed to burn their huts and sink their canoes rather than leave them as a memorial.

On 12 August 1919 the internees assembled to depart. The Berrima Guard took the head and rear of the column and the band struck up Muss i’ denn, muss i’ denn aus Städlein (Now, now must I from this little town). At the Surveyor General Hotel the procession stopped and the men gave three cheers then marched to Moss Vale railway station. Many of the villagers had mixed feelings as the internees not only brought an alternative culture but prosperity to the village.

The train took the internees directly to Pyrmont wharf in Sydney. There the SS Ypiranga, a former HAL steamer seized by the Allies, was berthed. It would take 950 internees from Berrima and Holsworthy and 200 men, women and children deported from other parts of Australia, to Germany.

Trial Bay camp closed in July 1918 and the internees transferred to Holsworthy Camp for repatriation.