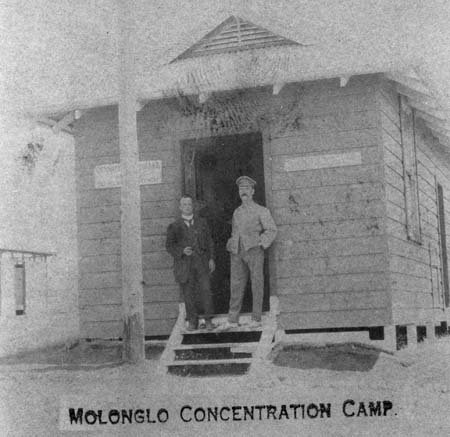 The Molonglo camp was located outside of Canberra, in what was then called the Federal Capital Territory (now Australian Capital Territory). It was established late in the war for the arrival of 5000 German and Austrian men, women and children from China and east Africa. However these internees never arrived, so the German families interned at Bourke, New South Wales, were transferred to family accommodation there. The families of local men interned at Holsworthy petitioned the Commonwealth Government for accommodation there too, but the Government knocked back the petition because the Department felt they dind not have financial and material resources available for the foreign deportees.