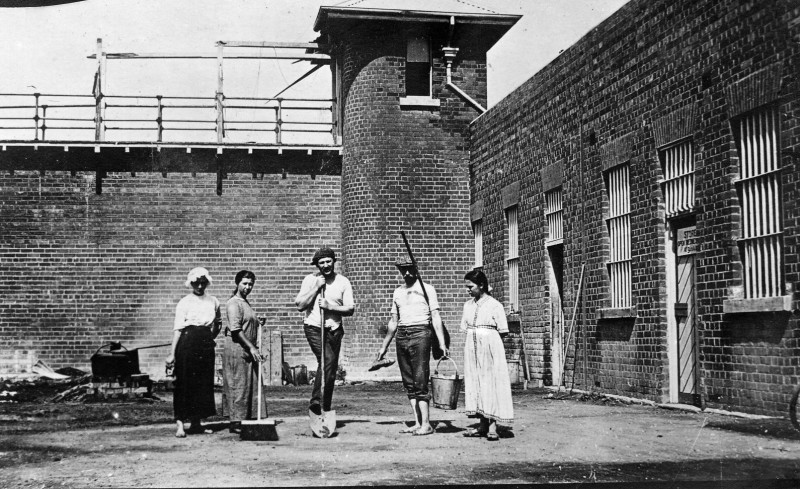 German families deported from the Straits Settlements (now Singapore and Malaysia), Ceylon (now Sri Lanka), Fiji and Hong Kong, as well as some local internees lived at Bourke in far western New South Wales. They were not housed in enclosed concentration camps like Holsworthy. Those who could afford it rented small cottages in town, and others were accommodated in the gaol and later in a disused hotel.

The families had the freedom to move around the town during the day, but there was little to do there. The small number of internees meant that camp cultural programs and sporting activities did not develop as they did at Holsworthy, Trial Bay and Berrima.

In 1918, the internees were moved from Bourke to the newly-built camp at Molonglo.