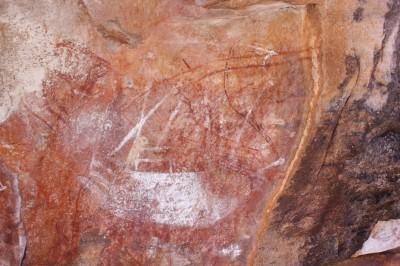 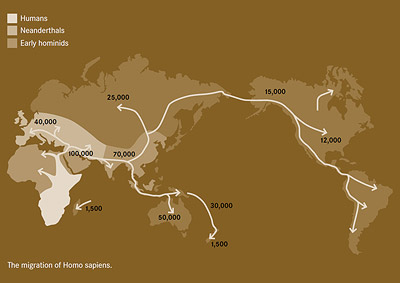 The migration of Homo sapiens

Our species evolved in Africa 200,000 years ago. The Genographic Project has found that people spread out of Africa in at least two migratory waves. The first wave travelled from eastern Africa into the area of the east coast of the Mediterranean known as the Levant about 80,000 years ago.

The later second wave moved from Africa into the Arabian Peninsula and continued eastward following the coast of South Asia about 50,000 years ago. This southern wave kept rolling along reaching Southeast Asia, where one branch of people migrated to Australia and New Guinea, while other branches moved along the coast of east Asia. A branch of this second wave migration moved north, into the central Asia and spread west into Europe and east into Siberia about 40,000 years ago. Eventually humans made their way to the American continent about 20,000 years ago. 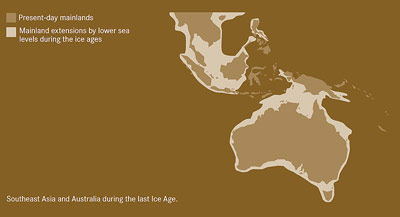 Southeast Asia and Australia during the last Ice Age