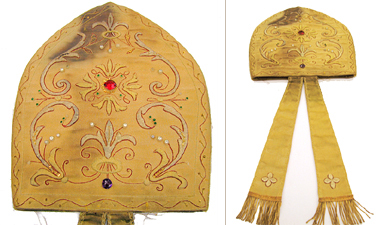 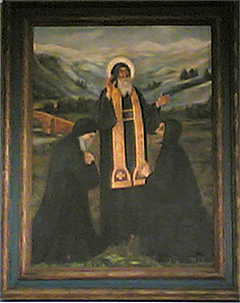 The Lebanese started to migrate to Australia in the 1850s. By the 1880s communities were forming in Sydney, Melbourne and Adelaide. Because the early Lebanese originated from the Ottoman district of Mount Lebanon in Syria that existed before the formation of the modern state of Lebanon they were called Syrians or Ottomans.

By 1901 many Lebanese had settled in and around Redfern, Waterloo and Surry Hills in Sydney. Most arrived with no money, spoke little English and had no work skills apart from farming. They were considered non British foreigners and fell under the White Australia Policy classification as Asian because Lebanon was on the eastern side of the Mediterranean. Discrimination and restrictive policies meant it was virtually impossible for these people to get work in the industries dominated by the Anglo Australian working class. As a result some entrepreneurs established retail and warehouse businesses and factories. Although no official data exists on the employment of Lebanese settlers prior to 1901, it is assumed that most of them engaged as shop-keepers and hawkers. The area boarded by Redfern, Waterloo and Surry Hills became an economic hub that provided employment and goods for the Lebanese community – this ironically came at a time when these suburbs experienced decay and hardship. A number of Lebanese merchants prospered and became well known nationally for their self employment enterprises. 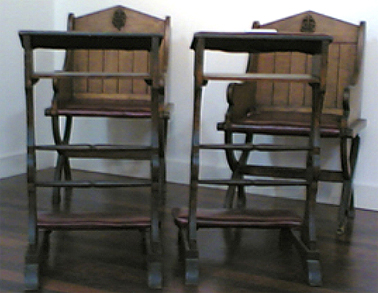 Many Lebanese became itinerant hawkers selling exotic goods in suburban and rural areas of New South Wales. The typical Lebanese hawker would carry a small range of merchandise over their back using a short stick. They travelled by foot from suburb to suburb and town to town walking several miles a day. As such they would separate from their family and community for long periods at a time.

The Redfern warehouses often gave these hawkers a suitcase of manchester and draperies on credit to get them started. Once the hawkers got established they were able to start their own businesses. Because of their experience in rural areas they realised that opportunities existed in the country and by 1945 most rural and regional centres had one Lebanese small business. They created a network of Lebanese business through out New South Wales and Australia. Large Lebanese wholesalers were the core of this network and this ensured Redfern, Waterloo and Surry Hills place as the community’s economic centre.

Many early Lebanese migrants faced hurdles in being accepted by the general Australian community. They wanted access to the political rights, social security and land ownership opportunities enjoyed by the Anglo Australian community. However they were viewed as being ‘different’ by the wider community. These differences stemmed from the mid set of the White Australia Policy. Anglo Australians felt they looked different and sounded different and were different in their cuisine, customs and religion. They were. The Lebanese wanted to fit in, but their cultural heritage could not be discarded easily as it forms the basis of the Lebanese community’s identity.

The early Lebanese where mainly Christians with the three main groups being the Syrian Orthodox, and two groups closely aligned with the Catholic Church, the Melkites and the Maronites. There were Muslims among the early Lebanese migrants, but they were so small in number they found it difficult to form a community. In the late 19 th century Muslim communities formed at Broken Hill and in the early 1900s in Alderson Street Redfern 1. The other Lebanese religious group were the Druse who settled in Adelaide and had no presence in Redfern. 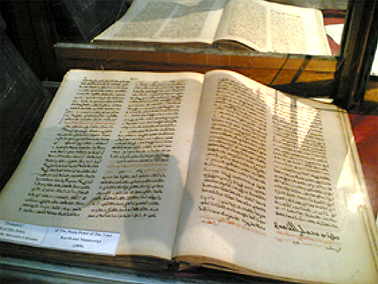 In 1889 the number of Maronite Catholics in Australia had reach a critical mass to justify the establishment of a Maronite mission with two priests, Father (later Monsignor) Joseph Dahdah and Father Abdullah Yazbeck were sent. When they arrived Cardinal Moran attached them to the Latin rite churches of St. Vincent de Paul in Redfern and Our Lady of Mount Carmel in Waterloo from where they attended to the spiritual requirements of the Maronites. It was reported in 1897 that: A move for (sic) their own church began early in 1894 when a chapel was set up in a private house in Raglan Street Waterloo and was blessed by Bishop Higgins. Although inadequate this chapel served the community with the Latin Rite until the completion of the first Maronite Catholic Church in Elizabeth Street Redfern in January 1897.

Cardinal Archbishop (Moran) blessed and opened the pretty little church in Elizabeth street Redfern, which had been erected with the sanction of his Eminence to meet the spiritual wants of the Maronite residents in the city and suburbs…. … everything possible had been done to give the church a picturesque appearance….. Arch of foliage and flowers…displayed draperies with welcome greetings painted thereon…..rich carpets and rugs all the way from the Holy Land, were spread within the sanctuary enclosure… The Freeman’s Journal, 16th January 1897

The Church and community have continued to prosper and is a well established community in New South Wales.

The collection has aesthetic significance in the design and manufacture of Maronite and Catholic religious material culture.

The collection is significant for researchers as it has the potential for the research of the historical life of the early Maronite Church and the Maronite community.

The collection is well provenanced and documented to the Maronite Catholic Lebanese families and clergy who settled in and around Redfern, Waterloo and Surry Hills.

The collection is rare as it originates specifically from the migration experience of the Lebanese Maronites in the 19 th and 20th centuries.

The collection represents sub themes in Australia’s migration history of minority communities that are often over-shadowed by the main Australian cultural groups especially the British.

The collection interprets the migration stories of the Lebanese Maronites who came to Australia in the late 19th and early 20th centuries. This collection also has the potential to interpret hardships and difficulties non British cultural groups experienced in establishing communities and gaining acceptance from Australian Society. These tensions are still evident in Australian culture today.