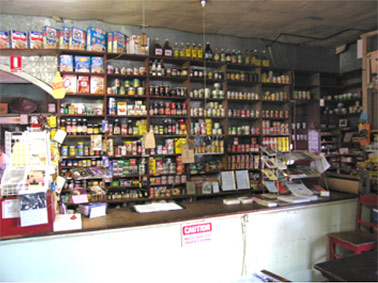 Object/Collection Description
The Collection is associated with the Wing Hing Long store. It consists of grocery stock, hardware, haberdashery, signage and promotional materials, archaeological material, archives and original photographs. Objects are metal, wood, paper and glass. The Collection is in fair to good condition. A large proportion is on permanent display and shows signs of mild corrosion from dust. 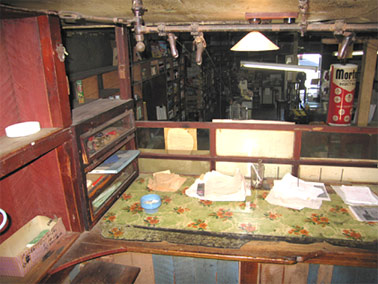 Tingha is typical of most rural townships in New South Wales. It was founded on Aboriginal land in the nineteenth century by Europeans pursuing economic opportunities. Tin ore was discovered at Tingha. In 1870, a thriving mining industry developed soon after. Like most mining booms it attracted people of all nationalities from all over the world seeking their fortune. At the peak of the tin boom in the early 1880s Tingha was the largest tin-producing region in New South Wales and the area attracted a population of 4000 – 5000 of whom approximately 900 were Chinese. The township of Tingha started as a mining camp created to accommodate and service the population of miners.

Soon the traditional 19th century panning method of mining became unsustainable. New methods were introduced to rework the old ground in the 20th century. This included washing soil out with high pressure hoses and extracting the heavy ore with dredges. Little remains of the old mines except for rusting metal and substantial land erosion. From a peak of 4000- 5000 people in area in the 1880s, the population in the town has declined to approximately 700 people today. 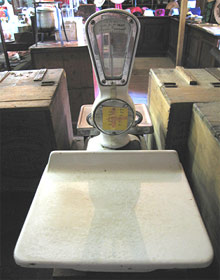 During the peak of the mining boom between 1880 and 1920 a large community of Chinese miners established themselves in the district. This community sought Chinese goods, services and general supplies. In 1881, the site where Wing Hing Long is situated was purchased by Inverell storekeeper Ah Lin to establish a general store to cater to the Chinese miners. The main part of the store was built sometime in the 1880s. From this time until 1998 the Wing Hing Long store was owned by Chinese migrants or their descendants.

The shop is typical of a rural New South Wales general store that stocked all the goods and equipment a rural mining community might require. The stock inventory included mining tools, explosives, detonators, farm tools, hardware, sulky equipment, groceries, perishables, washing and cleaning products, stationary, shoes and clothes. A number of Chinese owners developed the store into a prosperous business. 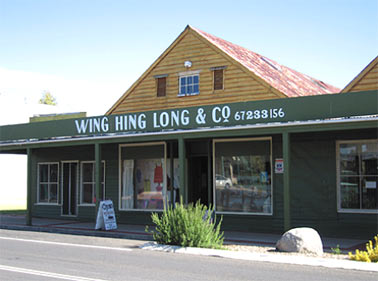 The Wing Hing Long Store Collection has historical significance as a continued use rural New South Wales general store. The Collection provides evidence of the experience of the 20th century rural life, rural Chinese shopkeepers, the rise of the supermarket and the car and the demise of the rural grocery store. The shop stock reflects the strong sense of community that revolved around the rural grocery store, the isolation of many rural towns and the entrepreneurial spirit of Chinese shop keepers.

The Collection has aesthetic significance in the design and manufacture of 20th century grocery items, hardware and rural/ bush architecture.

The Collection provides a tool for historians to research the rural experience of Europeans and Chinese in Australian history and give the story a wider meaning in the context of the history of migration and settlement of Australia. The material culture of the Wing Hing Long Store Collection reveals the diverse skills and tenacious spirit of rural communities.

There is substantial intangible significance as material culture and fabric of a site associated with rural general stores, Chinese heritage and regional communities. The local community has established a strong link to the site and the collection and a lot of information still resides in the memories of the Tingha, Inverell, Guyra and Armidale communities. The place is a focal point of interest and reflection for both Australians of Chinese descent and visiting regional tourists. The Museum remains a key place of visitation for this group as evidenced in the Museum’s Visitors Book.

The Wing Hing Long Store Collection is rare in that it relates specifically to the Chinese occupation of the site and it is associated with people who emerge as significant participants in the Wing Hing Long store’s story and Chinese migration to New South Wales history.

The Collection represents the themes of rural New South Wales general stores, Chinese migration experience, racial antagonism and the Immigration Restriction Act 1901. This is evidenced in the wide ranging and diverse nature of the grocery and hardware items and the personal belongings and the grinding isolation of the place.

The condition of the Collection in general is fair to good. It is significant that such a Collection remains in good condition, intact and at the place it has an historical association and provenance. It is rare for a store collection of grocery products to survive past their use by date.

The Collection’s importance lays in its potential to interpret the story and experience of the 20th century New South Wales rural life, rural Chinese shopkeepers, the rise of the supermarket and the car and the demise of the general grocery store.