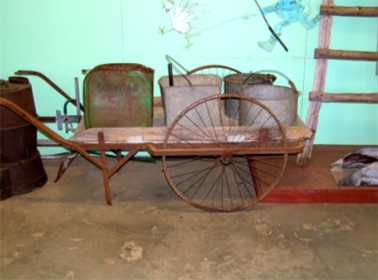 Object Description
The Collection is associated with the Estonian poultry farmers at Thirlmere. It consists of poultry farming equipment, tools, archaeological material, archives and original photographs. Objects are metal, wood, paper and glass. The Collection is in fair to good condition. A large proportion is on permanent display and shows signs of mild corrosion. 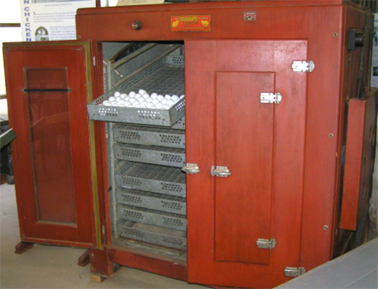 Many Estonian families fled their homeland between 1924 and 1939 to avoid conscription by Nazi or Soviet invaders. Australia offered the promise of cheap land and a new life so many of these people settled at Thirlmere in Wollondilly New South Wales and established poultry farms.

During World War II, the German Army occupying Estonia formed the 20th Estonian SS Volunteer Division of the Waffen SS and many men volunteered to avoid being captured by the Soviets or were conscripted by the Nazis. After World War II, the US High Commssion in Germany exempted the Baltic Division of the German Army from any resonsibilty in the war.

Many Estonians who were caught in European Displaced Persons camps after the war elected to come to Australia and were sponsored and supported by the Thirlmere community. They built on their national connections and helped each other to start farming. By 1960s there were over 60 families from Estonia involved in poultry farming in Thirlmere. Most farms comprised of 2,000 to 4,000 hens. 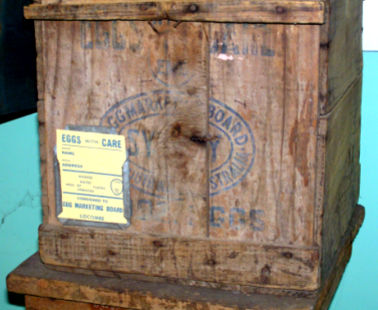 The government encouraged new migrants to apply for Crown land on condition that they farmed it and cleared the bush. Chicken farming was comparatively inexpensive to set up and had been proved viable by the first settlers. They used bush materials to build their sheds and open yards for the poultry. 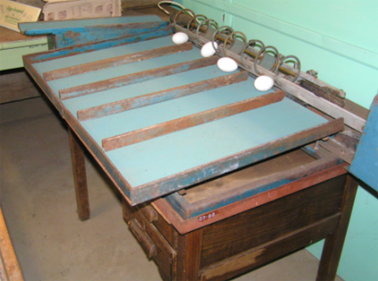 Many of them lived in one end of the first built shed and their baby chicks in the other until they had built the house.

The poultry industry was in its infancy when the original Estonians began farming. There was very little infrastructure to support the industry- no electricity or town water. Chicken feed was bought from retail stores and was expensive. Feed and day old chicks had to be freighted long distances by rail. Thirlmere did have the advantage of a rail link at this time. Deliveries were unreliable during the war. 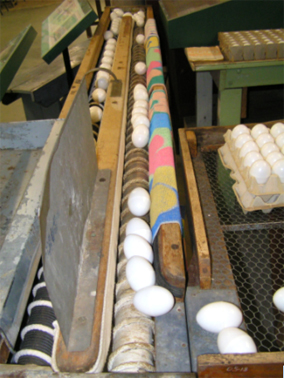 The ‘old Estonians’ saw the problems and addressed them as they would have in Estonia. Estonia pioneered the Cooperative movement in 1912. The Estonians started “KUNGLA”, the Thirlmere farmers Cooperative in 1939 and was continued by the new settlers after the war. This considerably increased the viability and efficiency of the poultry industry until Thirlmere became the largest producer of eggs in Australia by the 1960s. 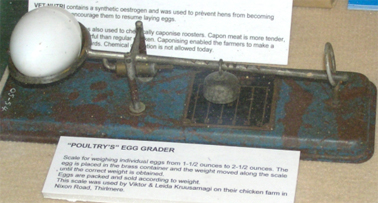 The Estonians succeeded because they actively created community organisations familiar to their culture. These included: – Estonian language schools, choirs, drama and music, traditional craft workshops, scouts and guides and a retirement home complex1. 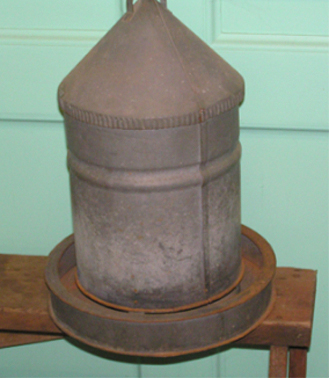 The Thirlmere Estonian Collection has historical significance as evidence of the innovations to the poultry industry brought about by the Estonian farmers at Thirlmere.

The Thirlmere Estonian Collection provides a research tool for historians to explore the impact and contribution of migrant communities to technology, land use and farming practices and food and culture.

The objects represent the changing face of the Australian community from that of predominately British in background to a community with more of a multicultural mix. The Thirlmere Estonian Collection also represents the changes to the Australian poultry industry brought Estonian migrants who contributed to the viability of the poultry farming as a serious agricultural industry. By 1960 Thirlmere was the largest egg producing district in Australia.

The Thirlmere Estonian Collection is in good condition.

The importance of the Thirlmere Estonian Collection lies it’s potential to interpret the migration of people from eastern Europe and the reason for leaving their homeland, the impact of bring farming practices and concepts to Australia and the contribution the Thirlmere community have made to poultry farming in Australia.