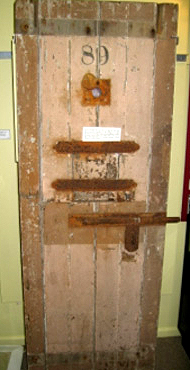 Object/Collection Description
The cell door is made from cedar. The number ’89′ is painted in black 260mm from the top. Below is an inspection hole, 40mm in diameter in an iron frame 110mm square. It has a cover that is rusted in the open position. Below this is a servery door 280 x 200mm permanently closed with two iron straps, each 380mm x 50mm. The door has a patent iron cell door bolt that is 460mm long x 25mm in diameter with a haspen staple to accommodate a padlock. The iron hinges are missing. In fair original condition Dimensions: 1900mm long x 680mm wide x 70mm deep.

The outbreak of fighting in Europe in August 1914 immediately brought Australia into the ‘Great War’. Within one week of the declaration of war all German subjects in Australia were declared ‘enemy aliens’ and were required to report and notify the government of their address. In February 1915 enemy aliens were interned either voluntarily or on an enforced basis. In New South Wales the principal place of internment was the Holsworthy Military Camp where between 4,000 and 5,000 men were detained. Women and children of German and Austrian descent detained by the British in Asia were interned at Bourke and later Molonglo near Canberra. Former gaols were also used. Men were interned at Berrima gaol (constructed 1840s) and Trial Bay gaol (constructed 1889). At these camps the internees organised them selves in to arts & craft societies and organised large German events and festivals to pass their time and to retain a sense of identity. 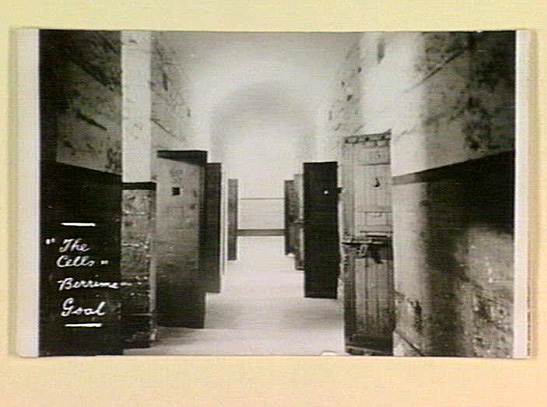 The internees were allowed a large degree of freedom and self organisation by the Camp authorities. The majority of the internees were German Merchant Seamen, mainly Engineers, Officers and Non Commission Officers from the German warship SMS Emden sunk off the west Australian coast by the Australian cruiser HMAS Sydney in 1914. The regimented and structured nature of Navy culture resulted in the Berrima internees being largely self regulating and self managing. 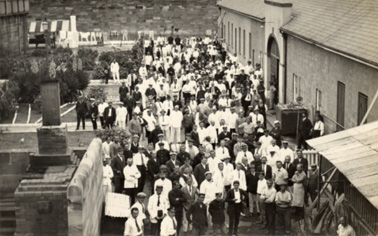 The cell door has historic significance in its relationship to the themes of wartime internment experience. The Gaol Cell Door is a remnant of the building fabric that has been altered to be identifiable to the German Internment Camp occupation.

The cell door has intangible significance as fabric of a site associated with internment. Internees’ and guards’ families have a common link to the place and many local residents have developed a strong attachment to it. Many local residents are collectors and amateur historians carrying out many years of research and documenting the history of the site and the Collection. A lot of information still resides in the memories of the Berrima community. The place is a focal point for both Australians of German decent and visiting German nationals.

The Cell Door is well provenanced to the site. After the gaol’s closure in 1909 the gaol was left to deteriorate. The gaol was placed under the control of the Department of Defence in 1914 when the gaol was refitted to accommodate Prisoners of War and Enemy Alien internees. The Gaol was again renovated after World War 2 when the cell doors were removed. This door found its way under a house in Berrima. The door was donated to the Berrima Museum in 1968 by M, Turland.

The Berrima Internee Collection is rare in that it relates specifically to the German internee occupation of the site and it is associated with those particular people who emerge as significant participants in World War One NSW German internment camp history.

The cell doors represents the racial antagonism to the German community in during World War One in the re-use of from gaols to house prisoners of war and enemy aliens.

The condition of the object in general is fair to good. It is significant that such an object remains in good condition at the place where it has an historical association with.

The importance of the Gaol Cell Door lies its potential to interpret the place as a site associated to internment, the internment camp itself and the experience of German communities. The Collection presents the opportunity to interpret the stories of various individuals who were interned at Berrima.

The History of Berrima